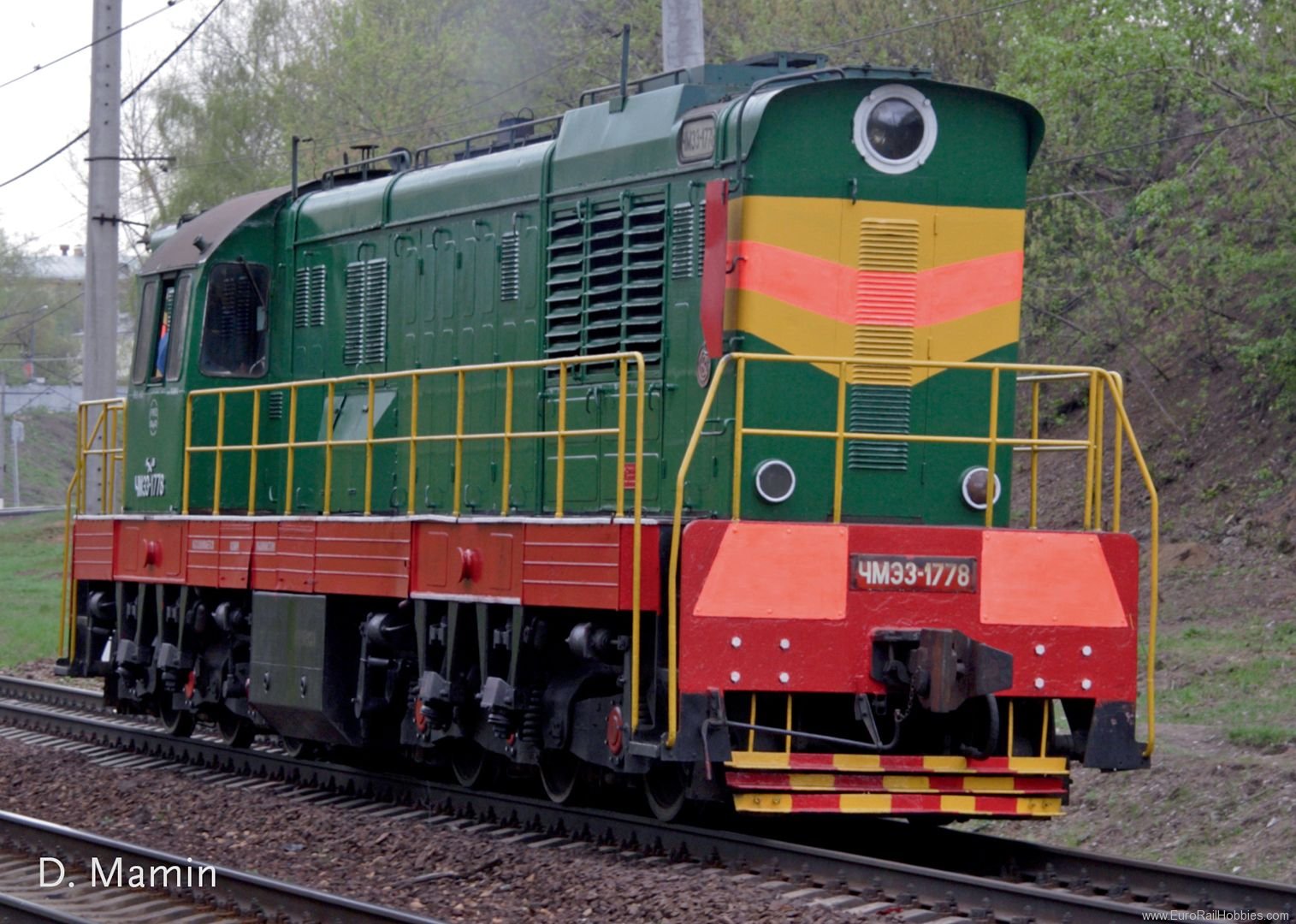 Prototype: Diesel locomotive ChME 3 "Hummel" of the Russian State Railways. The heavy six-axle Diesel locomotive is called Cmelak (in German: Hummel) and it is known to all its fans under this nickname. It was not only its Diesel sound which was responsible for the name but also the external appearance that made it an important locomotive. The locomotive was an export order for the former Soviet Union. With approx. 8200 locomotives the Cmelak and its unique design belongs to the most-built locomotives of the world.