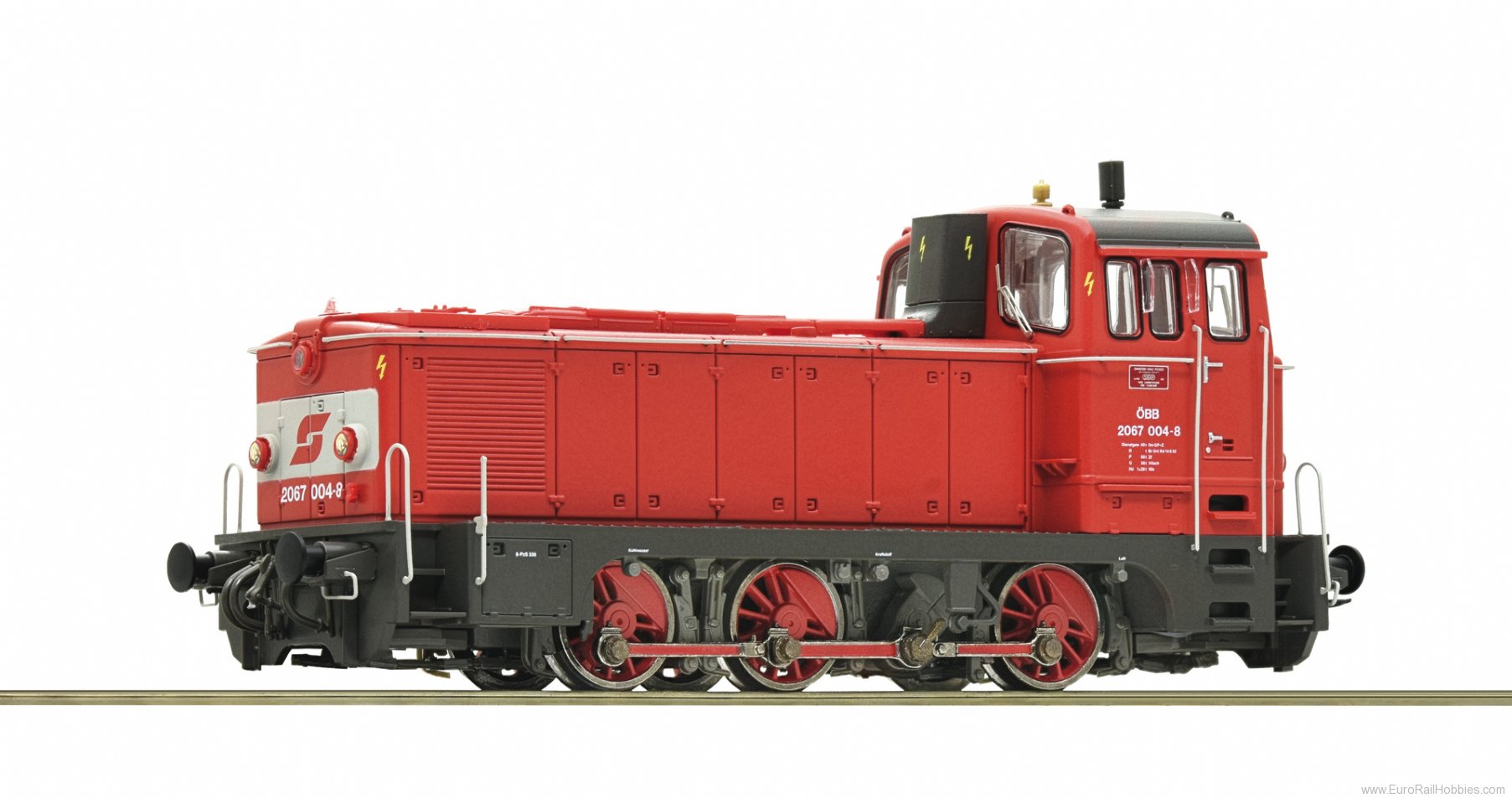 To replace the old steam locomotives class 392, 694 and others with modern vehicles, the ÖBB purchased powerful diesel locomotives from 1959 onwards. As was usual with the electric shunting locomotives of that time, a drive was installed via a blind shaft and coupling rods. In total, no less than 111 locomotives were delivered to the ÖBB by 1978. The locomotive with hydraulic power transmission has an output of 440 KW and reaches a top speed of 65 km/h. The series 2067, purchased initially as a heavy shunting machine, was also often used in front of passenger and goods trains - for example, on the Gailtal, Ost und Franz-Josefs railway lines. The 2067s are still in operation today. Some vehicles are adapted for private railway companies, for museum use or other particular purposes.