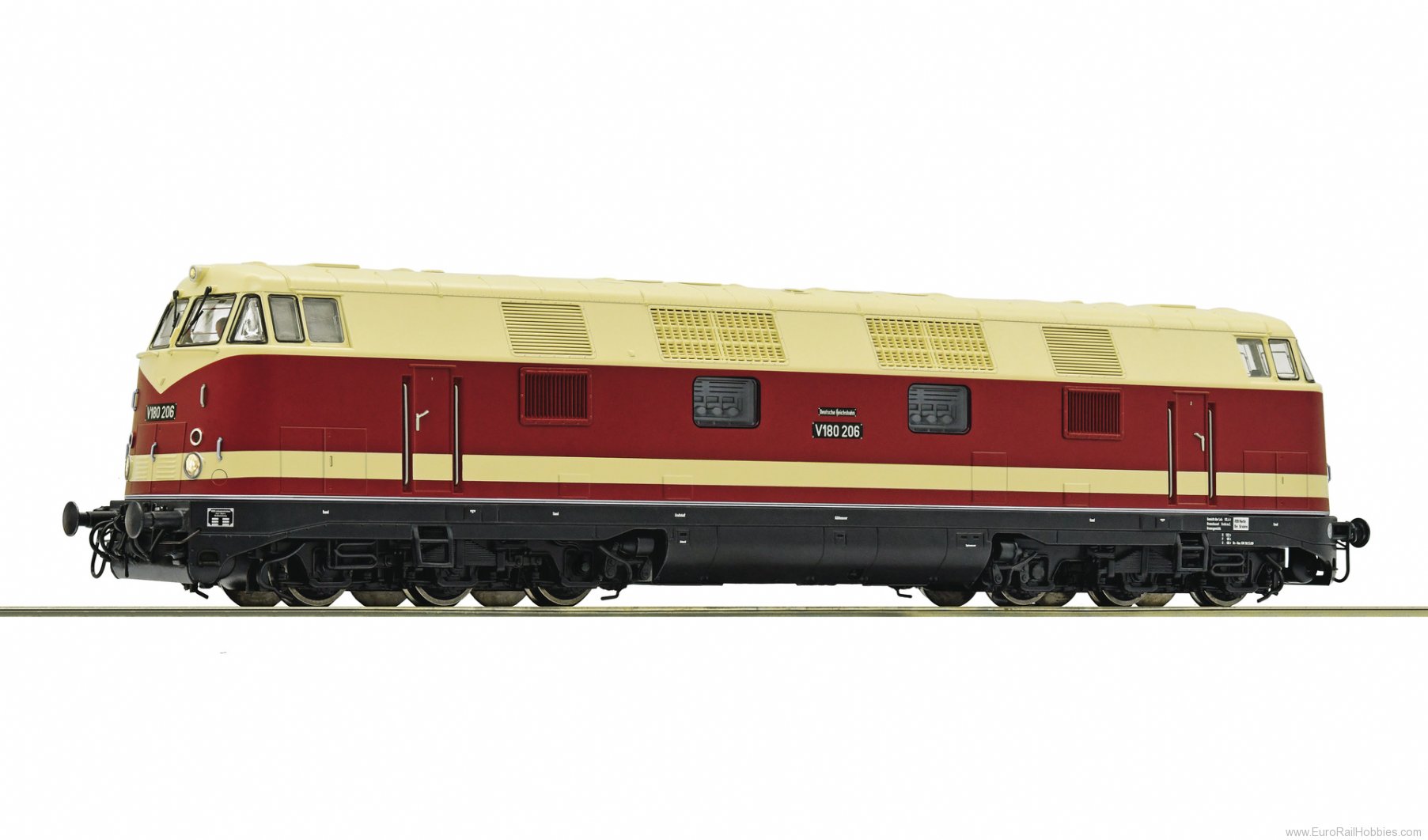 Prototype: The locomotive series V 180 of the Deutsche Reichsbahn was the largest diesel series ever built in the GDR. It was initially built in a four-axle version with two 2-axle bogies - later there were also 6-axle variants. The six-axle version with a low axle load of 15.6 t is even today still considered to be a masterpiece of the engineers involved. The low axle load allows for an universal use so the locomotive can also operate on branchlines. In addition to that, it also has the license to haul trains over steep railway sections. The resulting potential application area is unique with large German diesel locomotives.