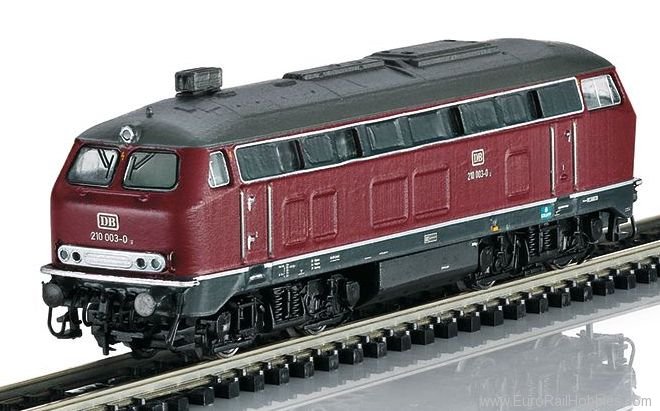 Prototype: German Federal Railroad (DB) diesel road engine, road number 210 003-0, with an added gas turbine and gas turbine exhaust hoods. The locomotive looks as it did around 1972. Use: Passenger and freight trains on the Allgäu Line.

A car set to go with this locomotive is available under item number 15219.

Thought was given at the DB about increasing performance for the class V 160 locomotives used for heavy passenger service on the still non-electrified line with its many curves from Munich to Lindau. The plan was to enable faster and more efficient operations on the route Munich - Zürich. The class V 160 was projected for medium heavy service and the German Federal Railroad decided to purchase eight (8) class 210 diesel locomotives with gas turbine as auxiliary drive.