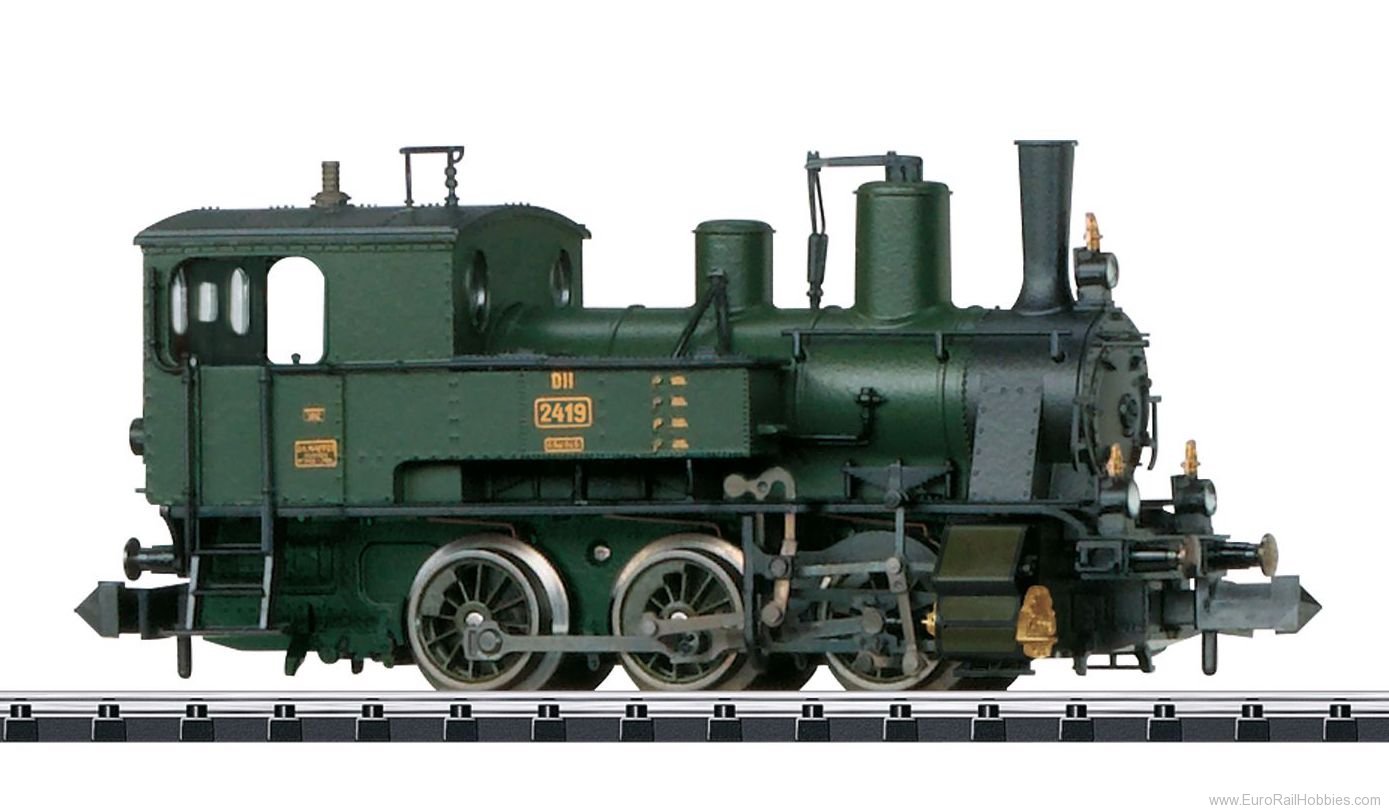 The locomotive has a built-in digital decoder for operation with mfx and DCC. 3 axles powered. Warm white LEDs are used for the headlights, which change over with the direction of travel, can be controlled digitally, and will work in analog operation. There is an oncoming train light, which changes over with the direction of travel. The locomotive body and frame are constructed of die-cast zinc. Length over the buffers 60 mm / 2-3/8".