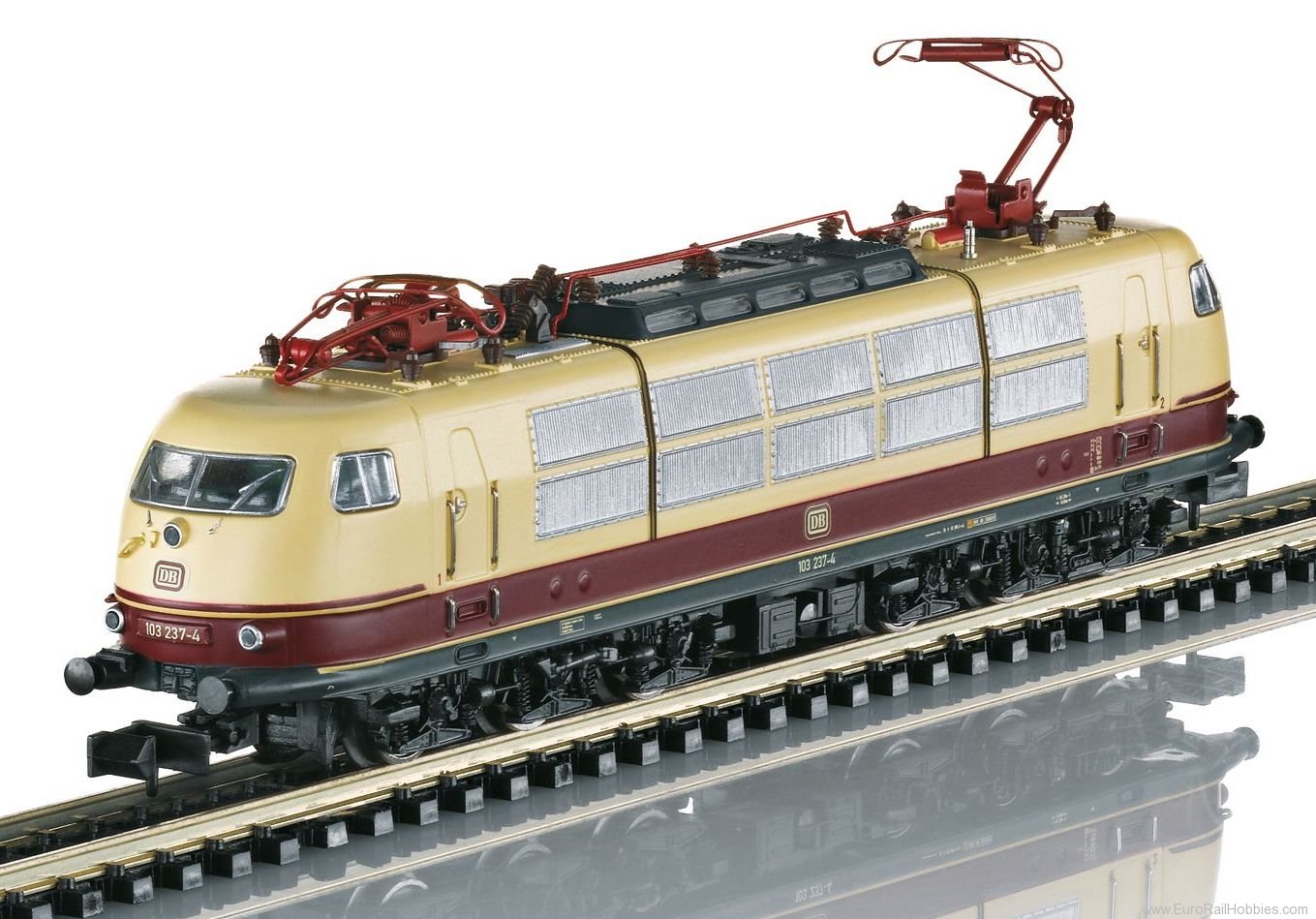 Starting in 1969 regular production of the class 103 was done for the InterCity service (IC 71) planned to begin in 1971, but with new specifications. The effective load for TEE and IC trains with speeds of 200 km/h / 125 mph increased from 300 to 480 metric tons, and 800 metric ton D-Zug express trains had to be able to run at 160 km/h / 100 mph. The 145 regular production locomotives - now designated as the class 103.1 - the result was a full increase in performance of 25.3% compared to the prototypes - an impressive 7,440 kilowatts or 10,116 horsepower. After being delivered in the years 1970 to 1974 the class 103.1 units immediately took over the new IC trains as well as the prestigious TEE trains that had now been partially integrated into the new IC network. The regular production locomotives ran in regular service until December of 2002, over thirty years of use in heavy, high-quality passenger train service running at the highest levels of performance.

The body is made of metal-impregnated plastic for improved pulling power. The locomotive has a built-in digital decoder and a sound generator for operation with mfx and DCC. The locomotive motor has a flywheel. 4 axles powered. Traction tires. The pantographs can be raised and lowered digitally. Warm white LEDs are used for the headlights. They change over with the direction of travel. There is cab lighting and engine room lighting. All of the lighting can be controlled digitally. The locomotive has a close coupler mechanism. The grab irons are separately applied.
The headlights and marker lights change over with the direction of travel in analog operation.
An anniversary logo "150 Years of German Railroading" is included as a decal.
Length over the buffers 126 mm / 4-15/16".