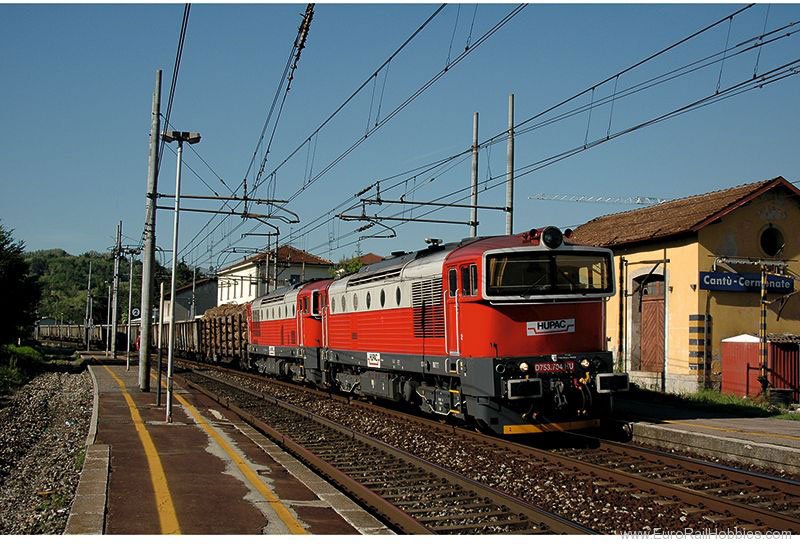 Prototype: HUPAC universal locomotive, road number D753. Its striking appearance has given it the nicknames Diving Goggles and Cobra. Built starting in 1970, updated starting in 1991 and starting in 2001. Diesel electric drive. The locomotive looks as it did around 2004. The Hupac Group consists of 17 firms with locations in Switzerland, in Italy, Germany, the Netherlands, Belgium, Poland, Russia, and China.

The body and frame are constructed of die-cast metal. The locomotive has a built-in digital decoder and a sound generator for operation with DCC and Selectrix. The motor has a flywheel. 4 axles powered. Traction tires. The headlights and marker lights change over with the direction of travel. Warm white LEDs are used for this lighting and there is cab lighting. All of the lighting can be controlled digitally. Length over the buffers 104 mm / 4-1/8".