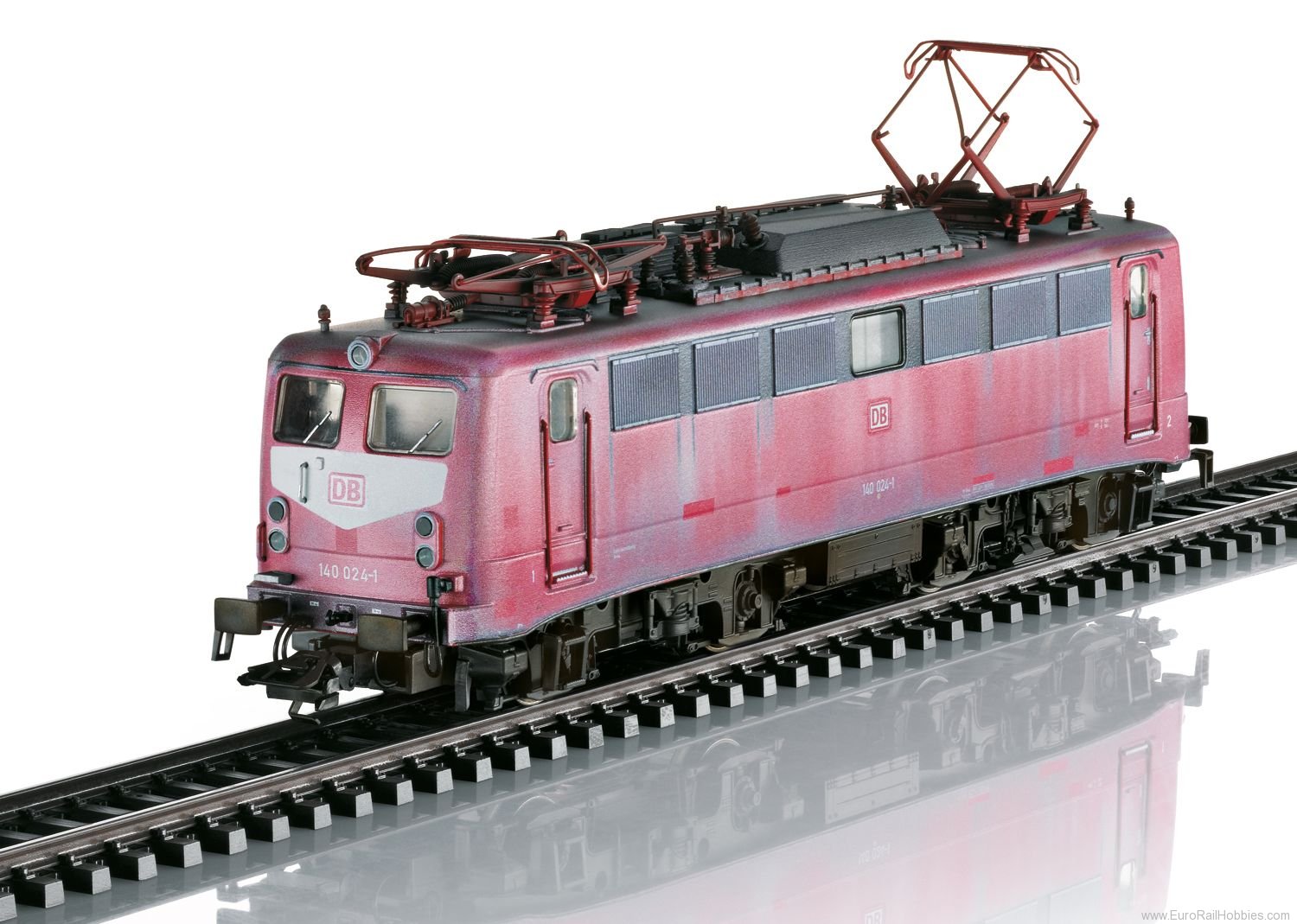 The class E 40 (starting in 1968: 140) freight unit is the DB standard design electric locomotive built in the most numbers and it was placed in service between 1957 and 1973 with 879 units. Road number 140 024 belongs to the first series placed in operation. Over the course of its life, its appearance changed like many others due to several conversions. The simple lower lamps at the ends were replaced by double lamps, the Schweiger design vents made way for rectangular Klatte design vents, the continuous rain gutters disappeared and instead rubber strips were installed above the doors and windshields. In addition, the continuous grab irons and strips for standing initially present were removed and replaced by a simple grab iron.

Model: The locomotive includes a digital decoder and extensive sound functions. It also has controlled high-efficiency propulsion. 4 axles powered. Traction tires. Triple headlights and dual red marker lights change over with the direction of travel, will work in conventional operation, and can be controlled digitally. The headlights at Locomotive End 2 and 1 can be turned off separately in digital operation. When the headlights at both ends are turned off, then the "Double ''A'' Light" function is on at both ends. Maintenance-free warm white and red LEDs are used for the lighting. The pantographs can be raised and lowered separately in digital operation. The locomotive has separately applied metal grab irons. There is a figure of a locomotive engineer in Cab 1. The locomotive''s paint scheme is extremely faded.
Length over the buffers approximately 18.9 cm / 7-7/16".