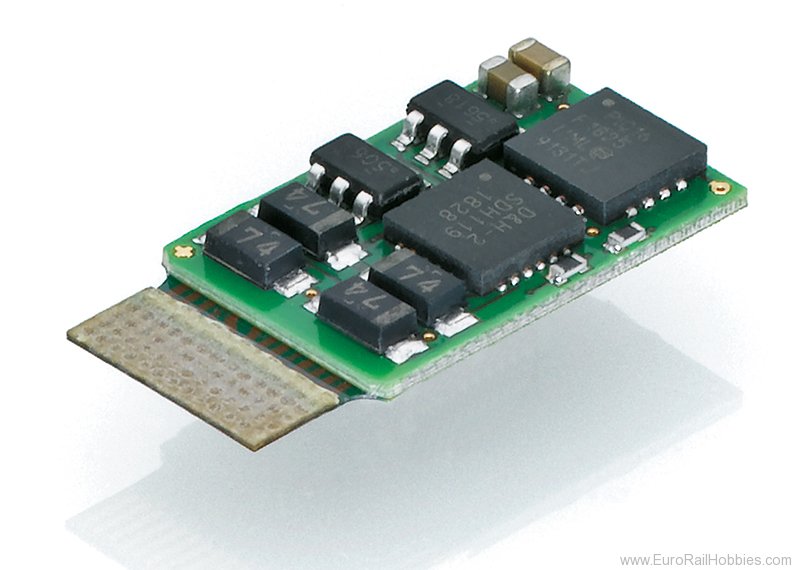 Prototype: This is a receiver for all DC locomotives with a total current draw of up to 1000 milliamps (motor 1000 milliamps, each light 200 milliamps). It can be used for digital locomotives with an mtc14 digital interface. The decoder can be used in the formats Selectrix 1, Selectrix 2, and DCC. It automatically recognizes analog operation. The decoder has automatic load control. There are connections for a light function. There are connections for auxiliary functions (Aux1 and Aux2). The decoder has protection of the motor outputs against short circuits. Advanced Selectrix 1 programming of additional settings can be done by selecting address "00", example: finer gradation of the pulse widths (control variations), reversing polarity for direction of travel. In Selectrix operation: 31 speed levels. 111 addresses. DCC operation: speed level selection 14/28/126 speed levels. Addresses can be selected as short up to 127 and long up to 10239. Braking operation in the formats DCC and SX: DC same/opposed polarity, braking diodes, asymmetric track signal, braking generators. Dimensions approximately 14 x 9 x 2 mm / 9/16" x 11/32" x 1/16".