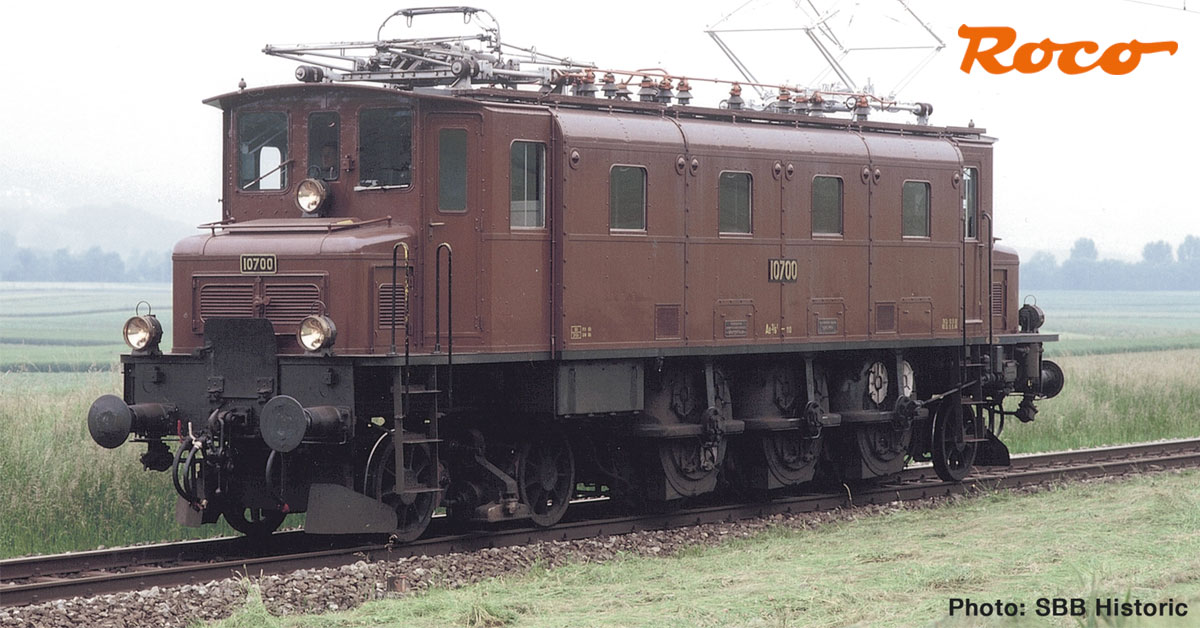 We have received a bulletin from Roco that the highly anticipated new model of the Swiss Ae 3/6 will now be upgraded and produced in the Roco 'Edition' line.  This means a higher level of detail and precision as well as the upgraded display packaging used fot this level of model.  Unfortunately this also means a price increase - prices on our product pages have been updated to the new pricing. If you had previously ordered one of these models and do not want the new 'Edition' version, please get in touch by calling the store after July 12th.

Here is the note we received from Roco:

With the complete new construction of the Ae 3/6 I electric locomotive, ROCO has fulfilled a long-held wish of many model railroaders and fans. The model enjoys a good amount of interest, not only from the Swiss model railroad market. So it is not surprising that a lot of feedback on desired features was sent in.

These have been reviewed internally and ROCO has now decided to equip the model even more extensively and in greater detail in terms of technology and appearance, thus placing the Ae 3/6 I in the higher "Edition" product class. This segment includes those ROCO models that stand out from the already high-quality standard range due to particularly elaborate technical and visual implementations.

For this reason and the resulting more complex construction and assembly of the model, it is necessary to adjust its price. For the Ae 3/6 I, this means an absolutely contemporary and visually highly elaborate model conversion. This begins with the many free-standing lines, through faithfully reproduced prototype versions with details correctly implemented for the era in each case, to filigree components made of etched fine metal. For example, the grids on the roof attachment, which are one of the main features of the Ae 3/6 I, are made of fine metal.

For the old construction versions of the locomotive (starting with the delivery of item no. 70089), the pantograph was completely redesigned. ROCO has also decided on a new design for the spoked wheels, compared to the Ae 3/6 II. This means that the wheels are thinner to match the prototype and give the model an even more refined appearance, starting with the running gear.

Technically, the model leaves nothing to be desired: A driver's cab lighting and an engine room lighting are installed ex works, which atmospherically illuminate the replicated engine room. These components are also installed in the analog models and can also be illuminated by retrofitting a digital decoder.

The digital versions have a special feature: Matching the sound, a small switching flash also flashes in the engine room of the ROCO model and can be admired from the outside. In order to reproduce the sound particularly well, the model has the ROCO Dynamic Sound System and 16-bit sound.

To allow the model to be presented perfectly visually, it is delivered in our glass clear box known from the Edition models.