Advanced Search Options:
< Go Back
< Previous
Product 1 of 16
Next > 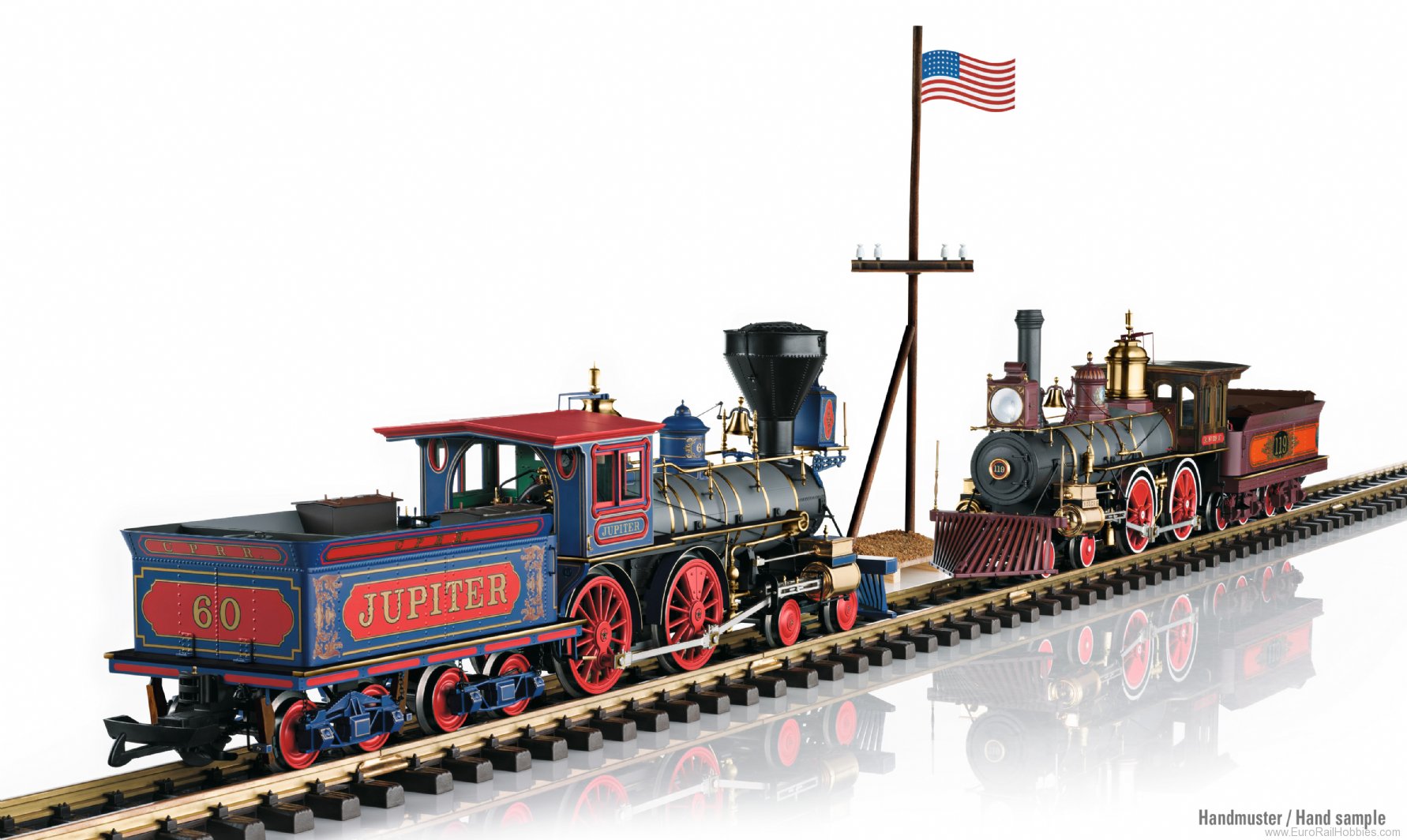 DUE TO THE POPULARITY OF THE LGB SET, MARKLIN IS RELEASING A LINMITED NUMBER OF 1-GAUGE GOLDEN SPIKE SETS!

From the LGB model:

On May 10, 1869, the Central Pacific "Jupiter" and the Union Pacific "No. 119" came together after six years of construction on the transcontinental line. The tracks were symbolically joined together by a golden track spike. This completed the 1,776-mile east-west transcontinental connection in the United States.

Even today, in the summer season, the origanal replica locomotives steam to the original scene in Promontory, Utah, to commemorate this historically important event.

We celebrate this anniversary with a special locomotive set consisting of both locomotives as finely detailed metal models constructed of brass and die-cast zinc in the tradition of the earlier metal models.

These are finely detailed models with heavy metal construction including many separately applied details. Each locomotive is driven by a powerful motor, has an mfx/DCC decoder with many light and sound functions such as headlights, cab lighting, firebox lights, and much more. The running sounds and a whistle and bell activated by reed switches will also work in analog operation. Each locomotive has a built-in smoke unit with steam exhaust synchronized with the wheels as well as cylinder steam and steam exhaust at the whistle, when the latter is activated. The cab doors and smoke box doors can be opened. There is a coupling between each locomotive and its tender, which can be adjusted for two lengths. Length over the couplers for locomotive "119" 55 cm / 21-5/8", for "Jupiter" locomotive 52 cm / 20-1/2". A reproduction of an American track spike – constructed of metal and genuine gold-plated – is included with the models. In addition, there is also an American flag included with the locomotives. The locomotives are packaged in a quality wooden case.

Please note that the pictures are hand samples. The regular production may vary in details from the models shown.