Advanced Search Options:
< Go Back
< Previous
Product 1 of 12
Next > 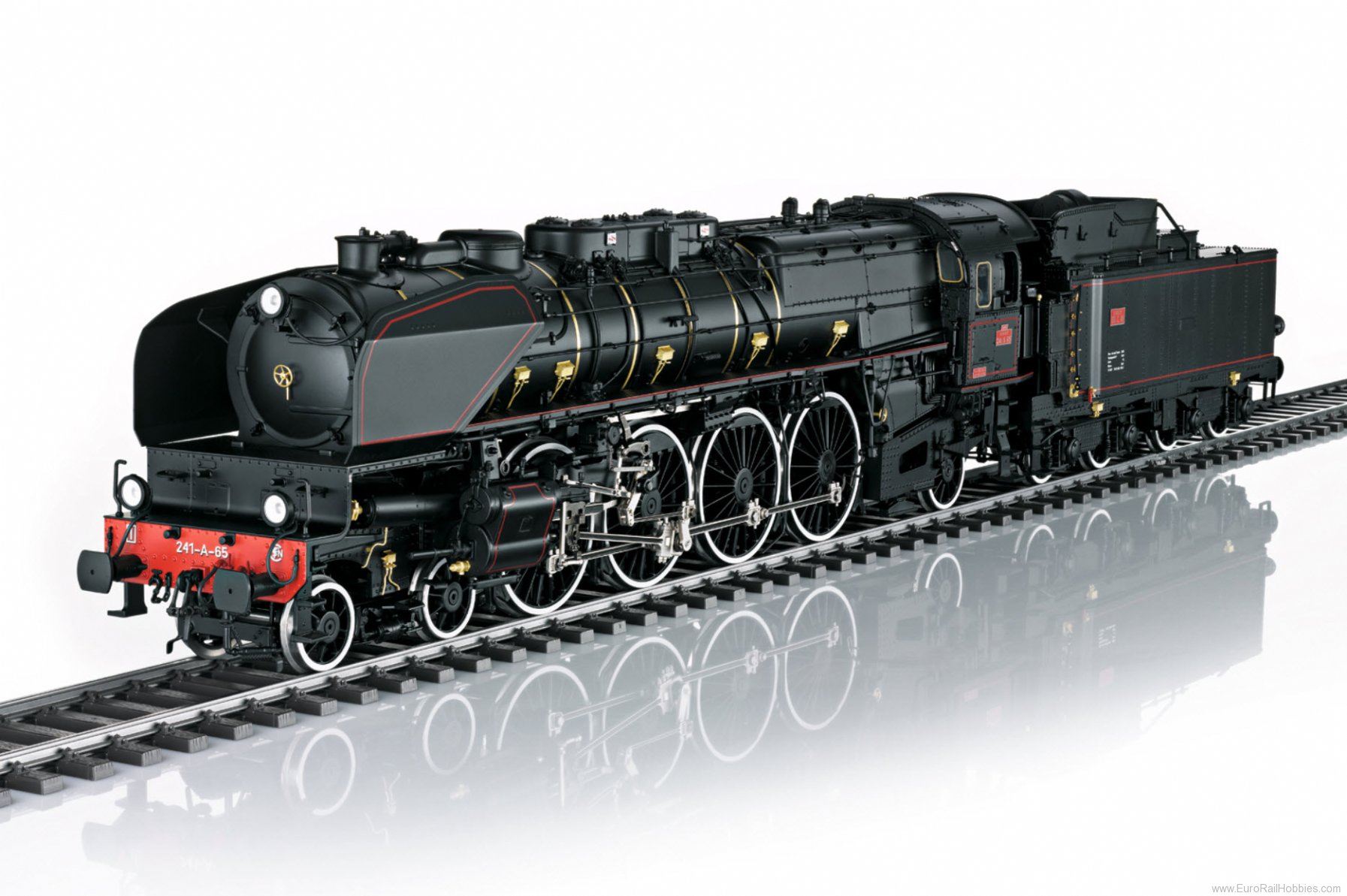 The Golden Period of Travel
The mighty class 241 A steam locomotive appeared on France''''''''s rails at the start of the Thirties. In the "golden" period of travel before World War II, it pulled heavy express trains between Paris and the Atlantic harbors of Cherbourg and Le Havre as well as between Paris and Basle. The latter assignment also included the famous Arlberg Orient Express. After the end of the war, it ran until 1965 mainly between Paris and Strasbourg as well as Paris and Basle. The class 241 A 1 remains preserved at the Mulhouse Railroad Museum as well as in Switzerland as road number 241 A 65, the largest operational steam locomotive in Europe.

Prototype: Class 241-A heavy express train steam locomotive with a tender. Version as a class 241-A-65 museum locomotive as it looked on the French State Railways (SNCF). The locomotive looks as it currently does in operating condition stationed at the Full-Reuenthal Depot in Switzerland.

Model: The locomotive is completely new tooling and is constructed of metal. It has a frame, superstructure with boiler, and cab constructed of die-cast zinc. Other separately applied parts are mostly constructed of brass. This is a highly detailed model with many separately applied parts and a detailed engineer''''''''s cab. The sand hatch can be opened as can the smoke box door with central locking. The cab doors can be opened and much more. The locomotive has an mfx digital decoder with 32 functions, controlled high efficiency propulsion, and a sound generator with operating sounds synchronized with the wheels as well as extensive sound functions. It can be operated with AC power, DC power, Märklin Digital, and DCC. The locomotive has a built-in buffer capacitor. All driving axles powered. The locomotive has a built-in smoke unit with smoke exhaust and cylinder steam synchronized with the wheels and a steam whistle. The locomotive has running gear lights and triple headlights with a light color correct for the era and that change over with the direction of travel. The headlights will work in conventional operation and can be controlled digitally. Maintenance-free, warm white LEDs are used for the lighting. The locomotive has a red marker light that can be controlled. The locomotive has cab lighting and multi-colored firebox lighting (flickering). The locomotive comes with sprung buffers. There is a reproduction of the prototype coupler on the front and a remote-controlled Telex coupler on the rear of the tender, which can be replaced by either of the other types of coupler. The valve gear switchover is in 3 steps (forward, reverse, continuous operation). An accessory package with a reproduction of the prototype coupler, a Telex coupler, smoke fluid, and a figure of a locomotive engineer and a fireman is included with the locomotive. The locomotive is mounted on an aluminum base painted black for display purposes. Minimum radius for operation 1,020 mm / 40-3/16". Length over the buffers 83.8 cm / 33". Weight approximately 8.2 kilograms / 18 pounds 1 ounce.