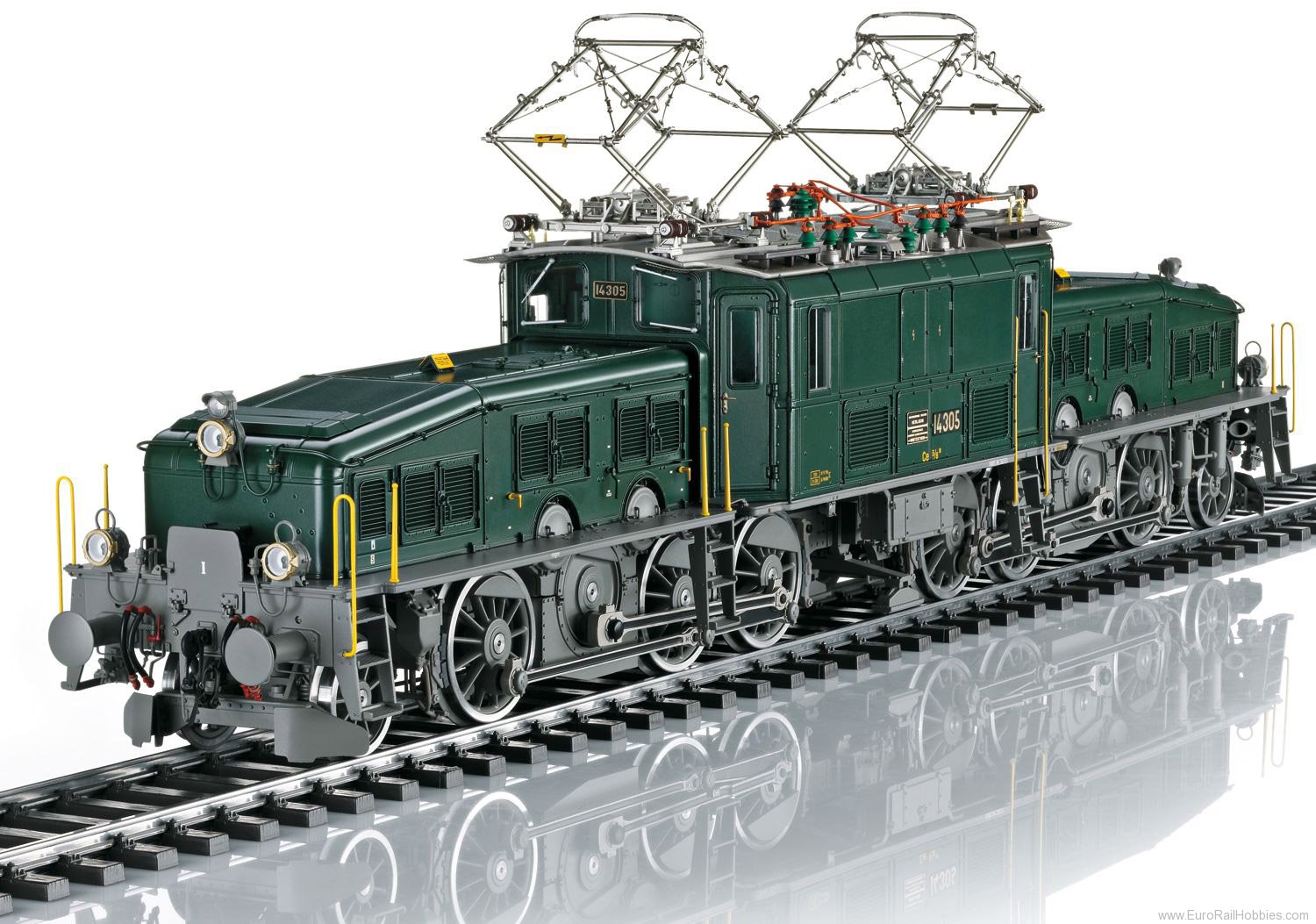 Prototype: SBB Historic class Ce 6/8 III in the fir green paint scheme. The locomotive looks as it did in Era VI. Road number 14305.

Model: The locomotive is completely new tooling. The running gear with the main frame and locomotive body are constructed of die-cast zinc. The locomotive has many separately applied parts of centrifugal cast brass. It also has an mfx digital decoder with up to 32 functions, a built-in current buffer, controlled high efficiency propulsion, and extensive sound functions such as running sounds, vents, locomotive whistle, multiple stop announcements, station announcements, background sounds at the station, and much more. The locomotive can be operated with AC, DC, Märklin Digital, and DCC. It has a centrally mounted powerful motor with propulsion to all driving axles. Double-arm pantographs can be raised and lowered with servomotors in digital operation. The white LED headlights change over with the direction of travel, will work in conventional operation, and can be controlled digitally. There is white LED lighting in the cabs that changes over with the direction of travel. The engine lighting can be controlled. The Swiss headlight / marker light code can be done in red and white, and the oncoming train light on the front can be controlled separately. The cab doors can be opened, there are interior details, and the cab has a figure of a locomotive engineer. The locomotive has metal grab irons and many other separately applied parts such as signs, windshield wipers, whistle, and much more. The buffer beams have sprung buffers and separately applied brake lines. The locomotive has a factory-installed, remote controlled Telex coupler on the rear and a prototype coupler on the front. Each of the couplers can be replaced by the other type of coupler (included with the locomotive). Minimum radius for operation 1,020 mm / 40-3/16". Length over the buffers 62.6 cm / 24-5/8". Weight 6.5 kilograms / 14 pounds 5 ounces.