Advanced Search Options:
< Go Back
< Previous
Product 1 of 9
Next > 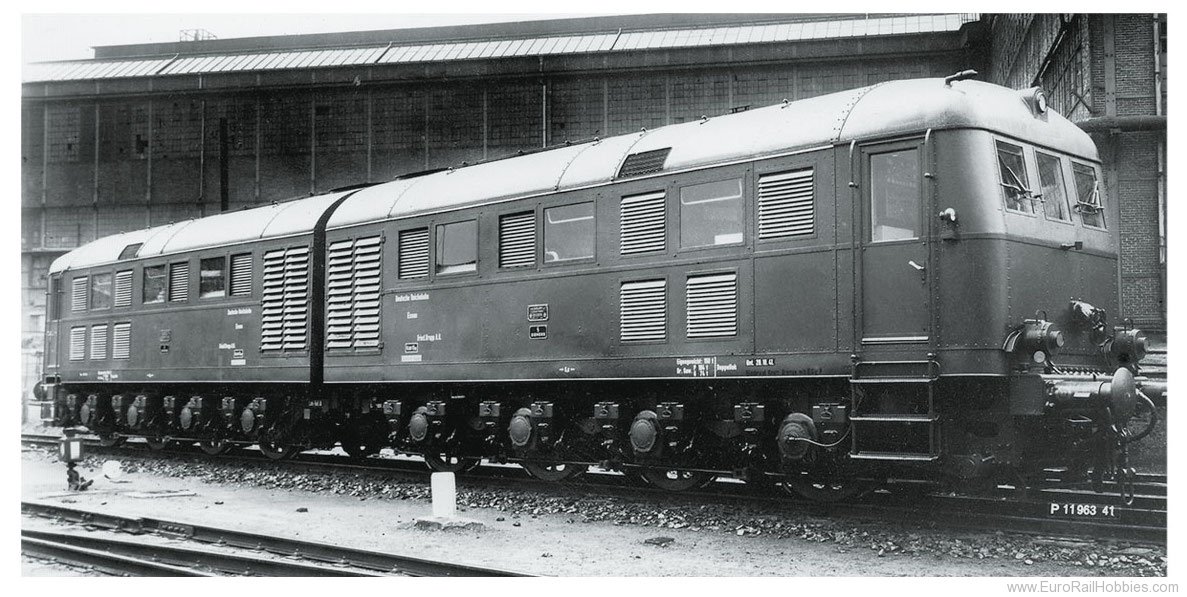 Prototype: D 311.02 A/B heavy double diesel locomotive, later the V 188 on the German State Railroad Company (DRG) in a black/gray paint scheme for Era II, in the original version without a roof addition with a MAN motor and corresponding exhaust opening. Eight sand boxes per side and locomotive half. Stationed in Essen.