Advanced Search Options:
< Go Back
< Previous
Product 5 of 9
Next > 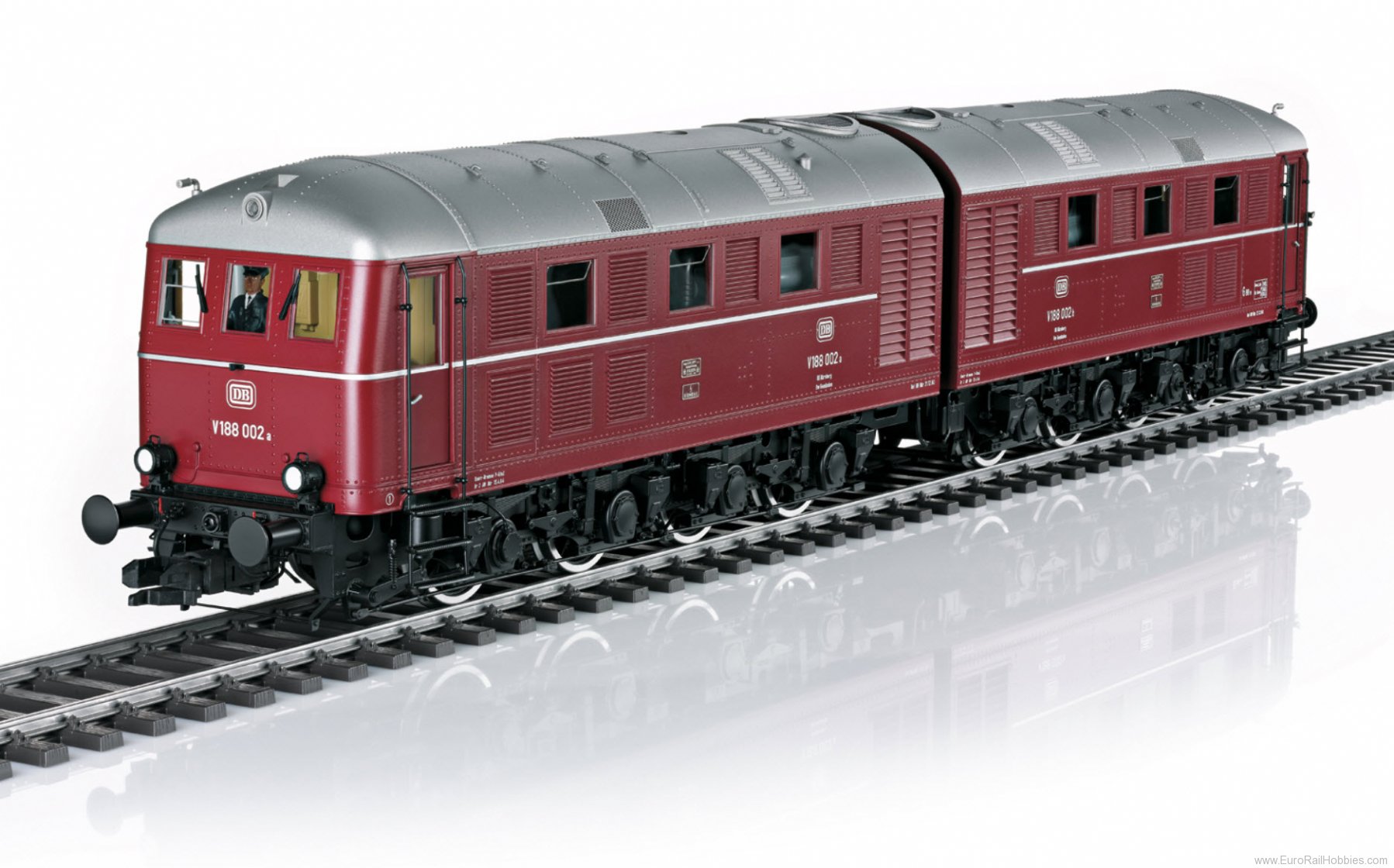 Prototype: German Federal Railroad (DB) road number V 188 002 a/b double diesel locomotive in an Era IIIb crimson paint scheme. Rebuilt version without a roof addition with a Maybach motor. Four sand boxes per side and locomotive half. Exhaust for the Webasto equipment is a pipe. The windshield wipers are the rebuilt version without visible rod linkage. Stationed in Gemunden/Main.