Advanced Search Options:
< Go Back
< Previous
Product 9 of 40
Next > 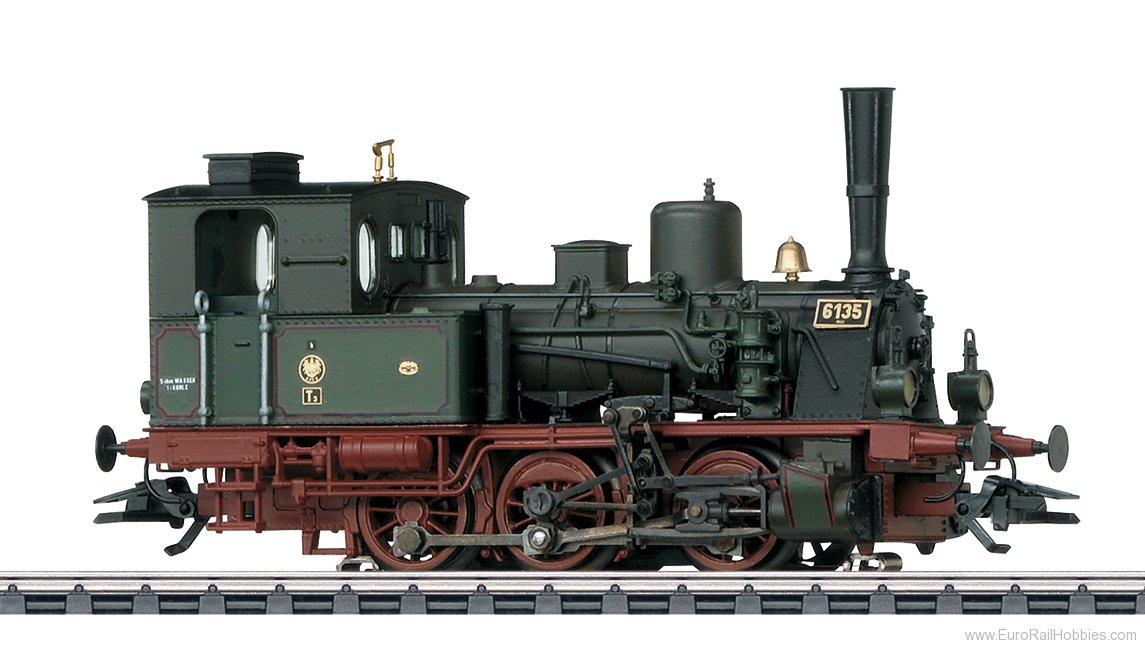 Model: The locomotive has an mfx+ digital decoder and extensive sound functions. It also has a miniature motor in the boiler. 3 axles powered. Traction tires. The locomotive has detailed running gear with a representation of the Allan valve gear. The dual headlights change over with the direction of travel, will work in conventional operation, and can be controlled digitally. Maintenance-free warm white LEDs are used for the lighting. There is a clear view through the cab. The locomotive has many separately applied details. Brake hoses are included. Length over the buffers 9.9 cm / 3-7/8".

This model can be found in a DC version in the Trix H0 assortment under item number 22914.

The variety of the Prussian class T 3 undoubtedly made it among the most popular German steam locomotives. Henschel delivered the first example of a three-axle wet steam locomotive for branch line service to the Prussian State Railways (KPEV). The T 3 impressed people with its easy maintenance, ruggedness, and versatility. The KPEV therefore purchased the immense number of 1,345 units from 1881 to 1910. This led to this lovable tank locomotive being used all over Prussia and its domains.