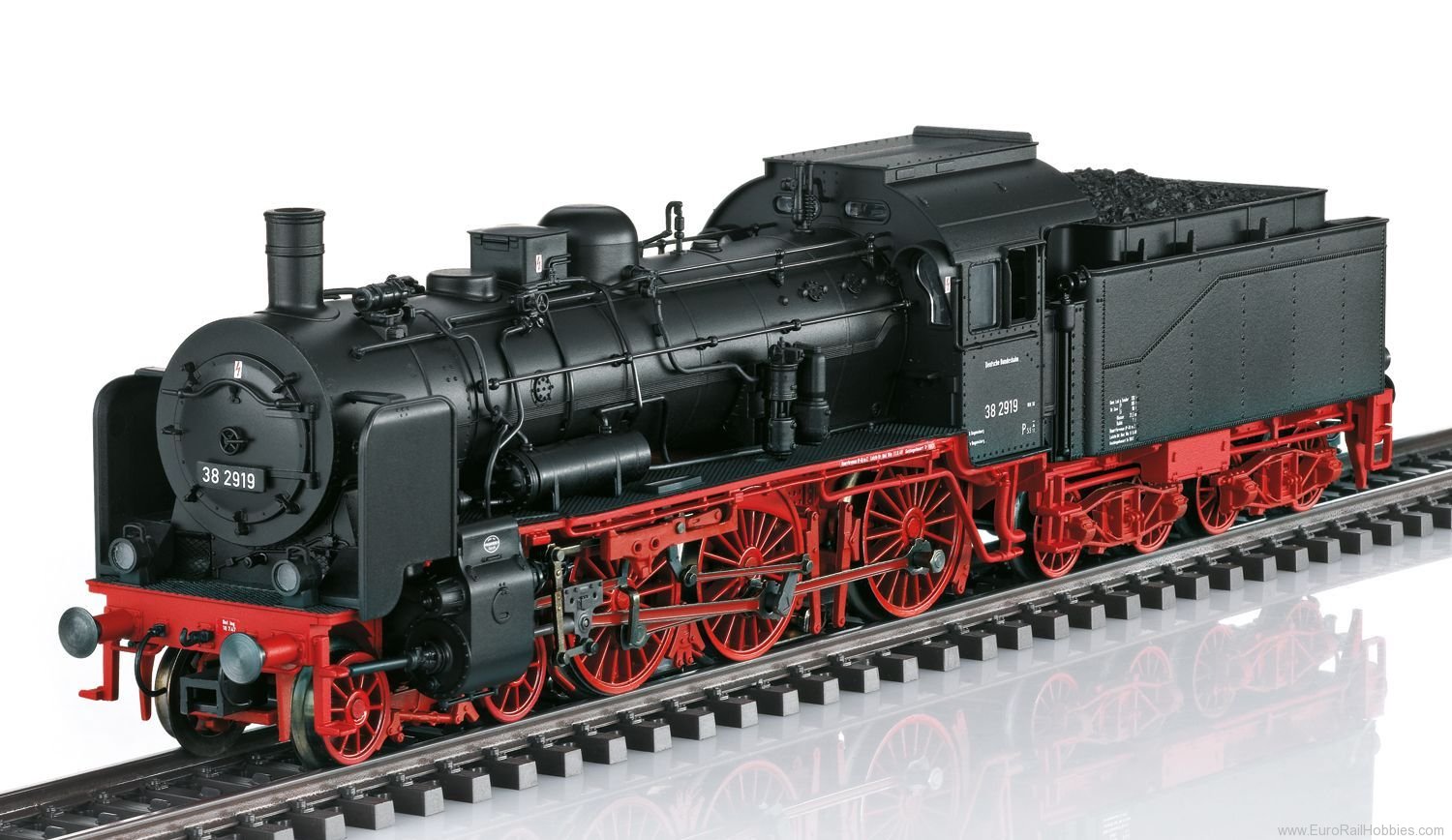 A Locomotive with a Unique History
This class 38.10-40 with builder number 3676 and built in 1921 achieved many years of service to enter the history of German railroad technology in 1951 as the legendary experimental locomotive, road number 78 1001. Road number 38 2919 is being presented as new tooling for the class 38 at the end of its service life in 1950 based in Regensburg. It is being modelled for the first time as a Märklin H0 model. The front of the locomotive is prototypically on target with the DRB lanterns typical for early Era III and small Wagner smoke deflectors. The arrangement of the boiler fittings with the steam dome, sand box, and feed water purifier is modelled as exactly as possible from the prototype. This also applies to the fine spoked wheelsets on the locomotive and tender. The mostly metal construction provides very good running characteristics for the model and its impressive pulling power is thanks to a powerful motor mounted in the boiler. Even if the P 8 with over 3,900 units is one of the most successful locomotives in railroad history and resulted in many railroad models, this class 38 is a must on every model railroad layout because it has its own quite exciting history.