Advanced Search Options:
< Go Back
< Previous
Product 1 of 39
Next > 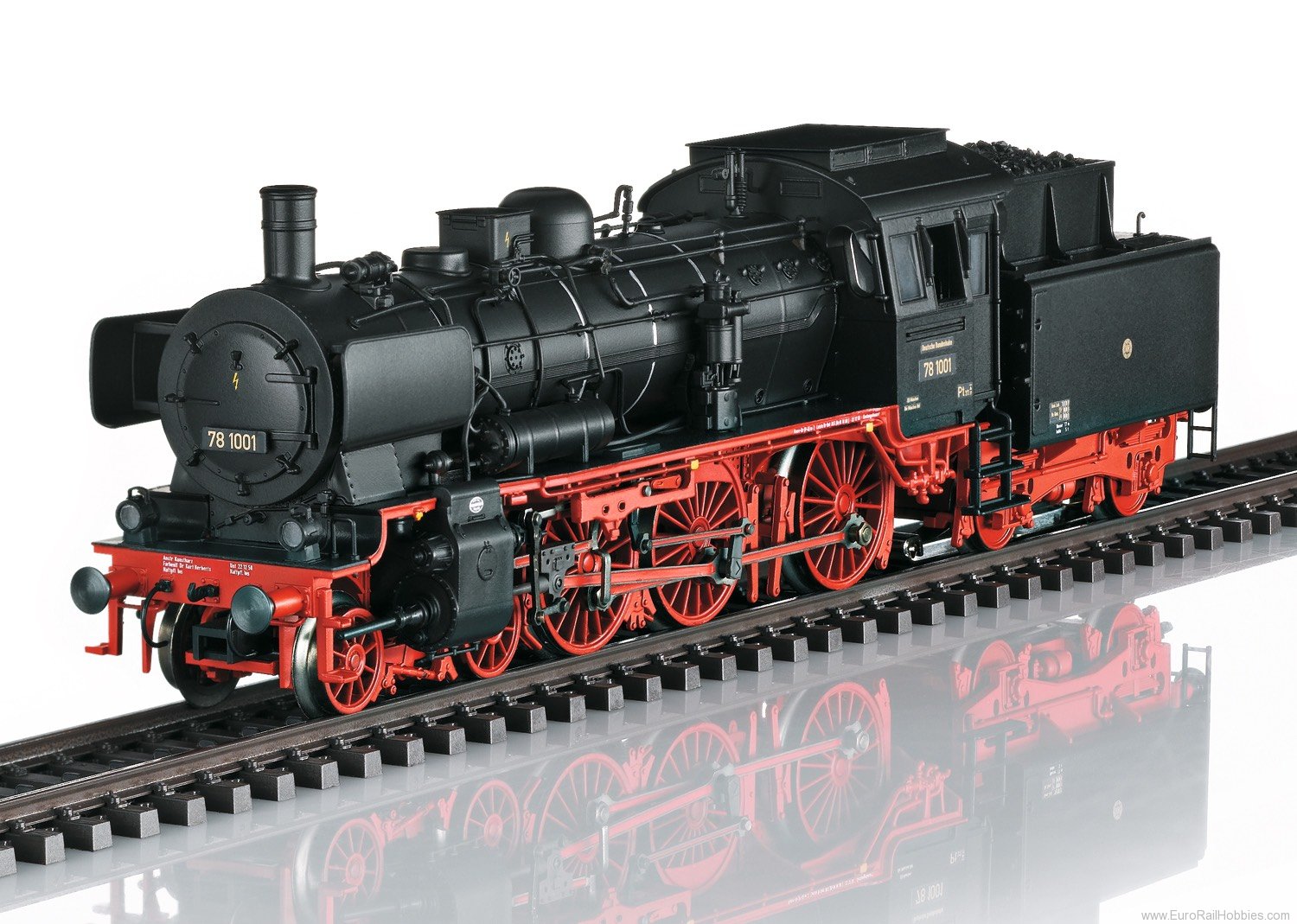 The prototype is a symbol for the German Federal Railroad''s thoughts about reawakening and its willingness to experiment at a time when it was still new. Theoretically well thought out but not feasible practically, the two class 78.10 locomotives remained the only ones of their type. The H0 model of road number 78 1001 is now available for the first time and as completely new tooling exclusively for Insider members.

Steam Locomotive, Road Number 78 1001 At the start of the Fifties, acceleration of suburban and urban mass transit enjoyed a high priority on the new German Federal Railroad, yet the roster of tank locomotives usable for this purpose was clearly limited. On the contrary, locomotives with tenders were in abundant supply and it seemed obvious to investigate the large roster of class 38.10-40 (Prussian P 8) locomotives for this kind of use. Therefore, the DB took on the experiment of converting this unit into a tank locomotive in order to save the required turning of the locomotive at the destination station. The firm Krauss-Maffei was contracted in 1951 due to suggestions from Prof. Mölbert, Hannover, and in cooperation with the railroad''s central office in Munich to equip road numbers 38 2890 and 2919 with short tenders. The boiler, running gear, and frame remained almost unchanged. Only the pilot truck was changed by the installation of a new pivot housing to preserve even more side play. In addition, an automatic reset device was applied. The cab was now enclosed on all sides and it was completely rebuilt of welded construction. A hefty drawbar connected the newly developed two-axle short tender to the locomotive. This drawbar had a reset device based on a Krauss-Helmholtz frame. Coal could be taken through a circular cutout in the cab''s back wall, which was sealed to the tender by a rubber diaphragm. After being rebuilt, the two units were classified as tank locomotives with a 4-6-4T wheel arrangement and were therefore given the road numbers 78 1001 (former 38 2919) and 1002 (former 38 2890). They were certified for a permissible maximum speed of 100 km/h / 63 mph in both directions, yet when run in reverse over 60 km/h / 38 mph they were said to be problematic. More units were not rebuilt because this investment was no longer worth it due to the ongoing structural change on the railroad. Initially, the two units ran starting in 1953 in the area of the Munich District. Later they were used in the Lake Constance area. Both locomotives were put into storage as early as 1959 and retired in 1961.