Advanced Search Options:
< Go Back
< Previous
Product 1 of 63
Next > 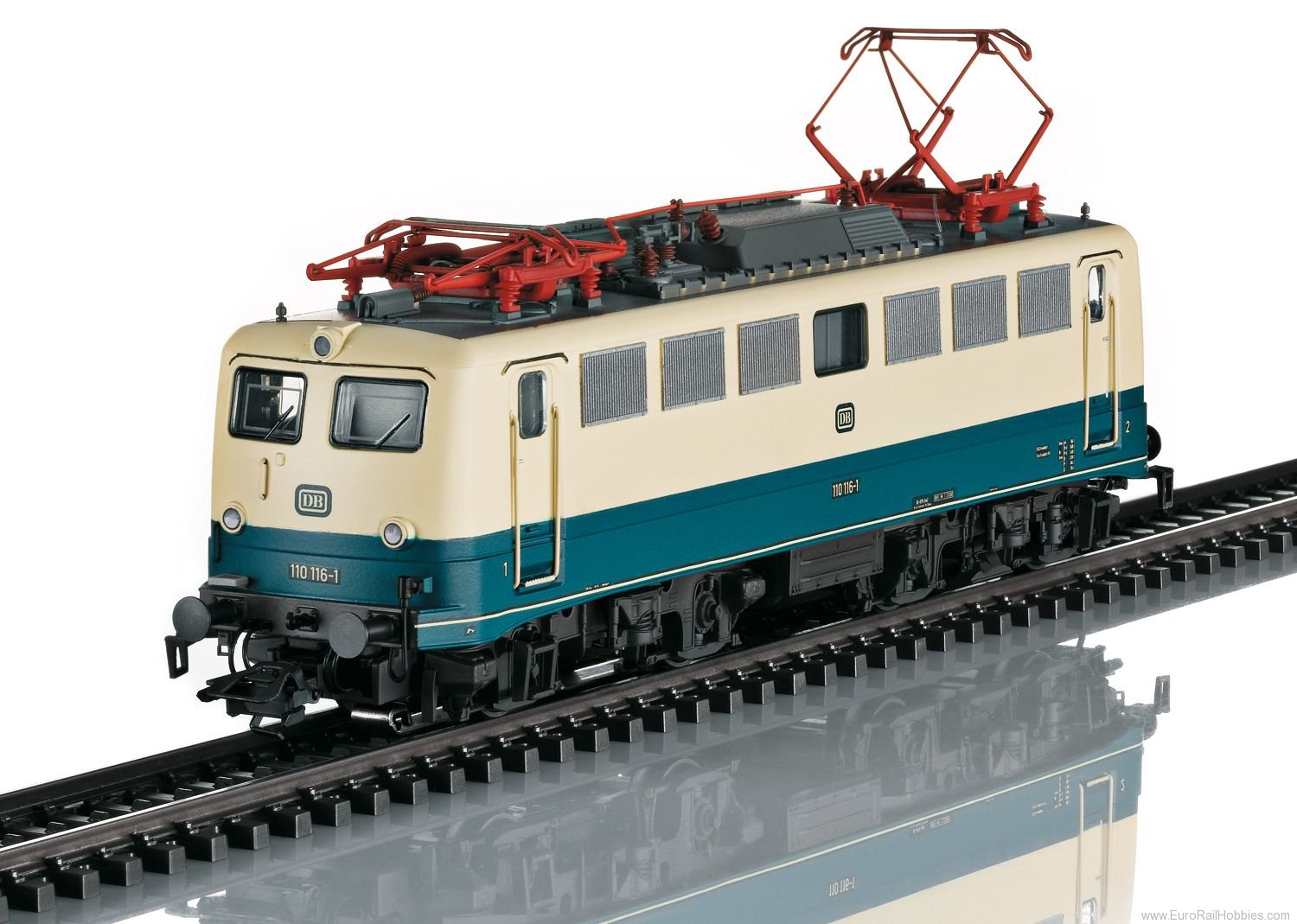 3 in the Front and 5 in the Back
The class E 10 (class 110) locomotives were anything but standardized. Although conceived as a standard design electric locomotive, these powerhouses surprised people with numerous differences and thus made these locomotives popular models for railroad fans.

Model: The locomotive has an mfx+ digital decoder and extensive sound functions. It also has controlled high-efficiency propulsion. Four axles powered. Traction tires. Triple headlights and dual red marker lights change over with the direction of travel, will work in conventional operation, and can be controlled digitally. The headlights at Locomotive End 2 and 1 can be turned off separately in digital operation. When the headlights at both ends are turned off, then the "Double ''''''''A'''''''' Light" function is on at both ends. Maintenance-free warm white and red LEDs are used for the lighting. The pantographs can be raised and lowered as a separate digital function. The locomotive has separately applied metal grab irons. There is a locomotive figure in Cab 1. Length over the buffers approximately 18.9 cm / 7-7/16".

A car set to go with this locomotive can be found in the Märklin H0 assortment under item number 42999.