Advanced Search Options:
< Go Back
< Previous
Product 1 of 52
Next > 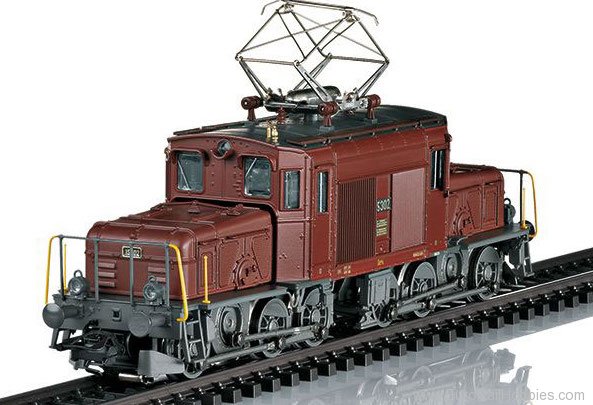 Model: The locomotive has an mfx+ digital decoder and extensive sound functions. It also has controlled high-efficiency propulsion with a flywheel. 6 axles powered. Traction tires. The locomotive has an articulated frame to enable it to negotiate sharp curves. The triple headlights and a white marker light (Swiss light changeover) change over with the direction of travel, will work in conventional operation, and can be controlled digitally. Maintenance-free warm white LEDs are used for the headlights. The locomotive has separately applied metal grab irons. Brake hoses are included separately. Length over the buffers 16.2 cm / 6-3/8".

This model can be found in a DC version in the Trix H0 assortment under item number 22961.