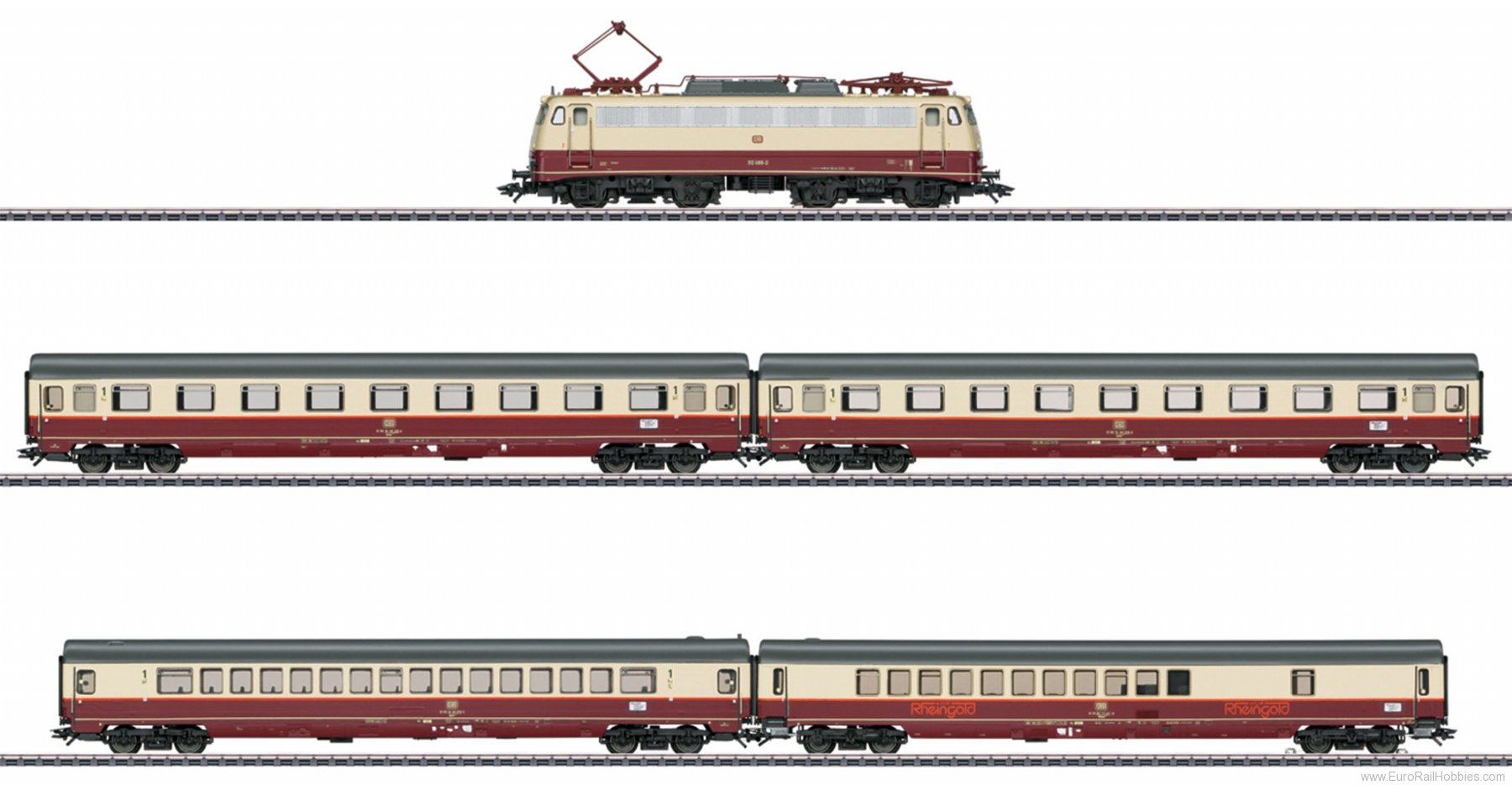 Model: The locomotive has an mfx+ digital decoder and extensive sound functions. It also has controlled high-efficiency propulsion, centrally mounted. 4 axles powered by means of cardan shafts. Traction tires. Triple headlights and two red marker lights change over with the direction of travel, will work in conventional operation, and can be controlled digitally. Maintenance-free warm white LEDs are used for the lighting. The locomotive has separately applied metal grab irons. It also has cabs with interior details, including separately applied control wheels. The locomotive has separately applied roof walks. There is a locomotive figure in Cab 1. The entertainment car has an mfx digital decoder and extensive sound functions. The trucks are a Minden-Deutz heavy design with disk brakes and magnetic brakes but without roll stabilizers. The car has factory-installed interior lighting that can be controlled separately in digital operation. Maintenance-free LEDs are used for the lighting. The car has operating current-conducting couplers. A pickup shoe is mounted on the car. All of the cars have factory-installed LED interior lighting and operating current-conducting couplers. The open seating car has built-in marker lights. Total length over the buffers approximately 132.5 cm / 52-3/16".