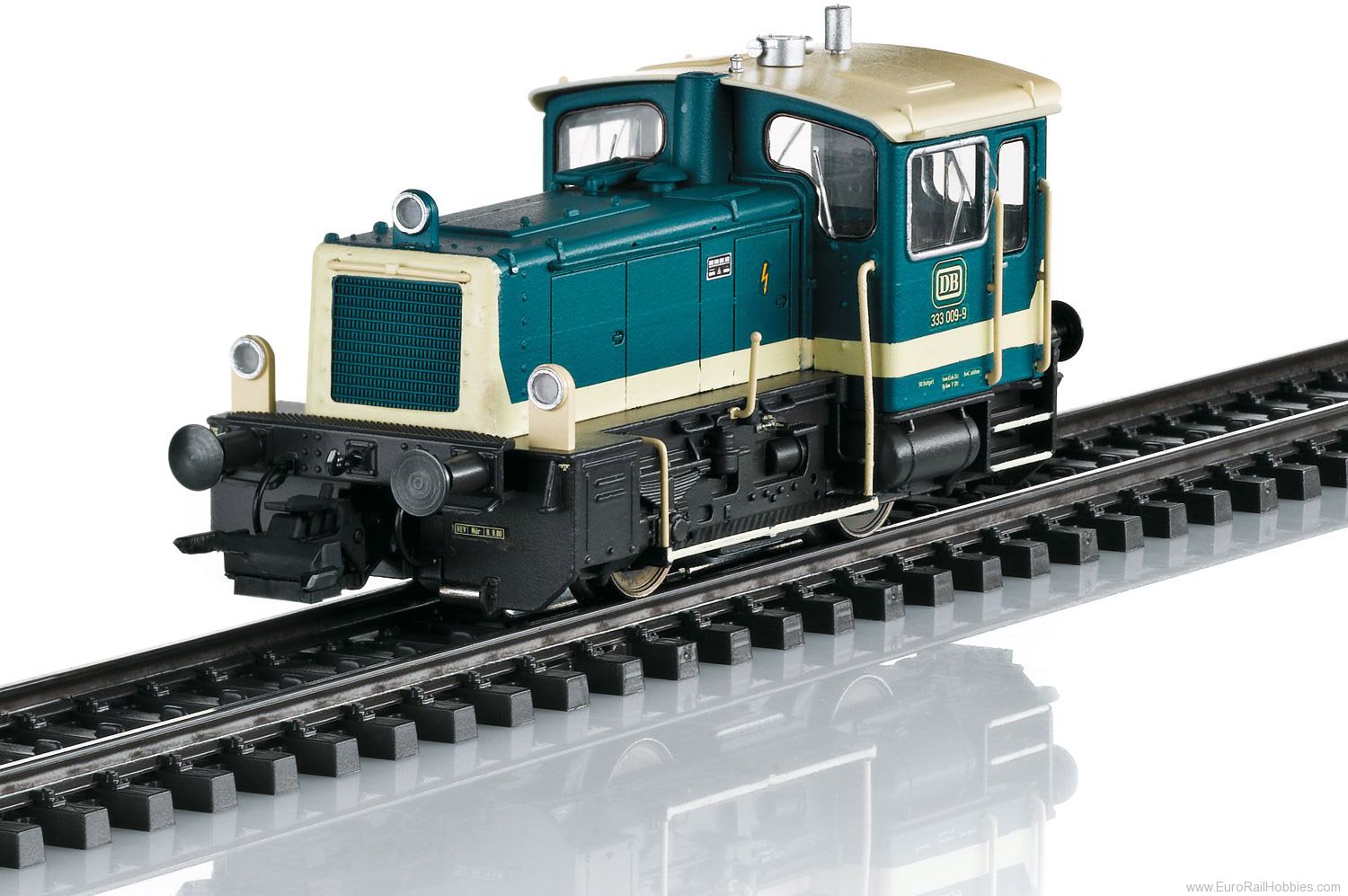 Model: The locomotive has an mfx+ digital decoder and extensive sound functions. It also has controlled high-efficiency propulsion. Both axles powered. The triple headlights and dual red marker lights change over with the direction of travel, will work in conventional operation, and can be controlled digitally. Maintenance-free warm white LEDs are used for the lighting. The headlights can be turned off at both ends. The locomotive has a new Telex coupler front and rear that can be controlled separately. The grab irons are separately applied. Brake lines are included. Length over the buffers approximately 9.3 cm / 3-5/8".

Freight cars to go with this locomotive can be found in the Märklin H0 assortment under item numbers 46913 and 46914.