Advanced Search Options:
< Go Back
< Previous
Product 2 of 5
Next > 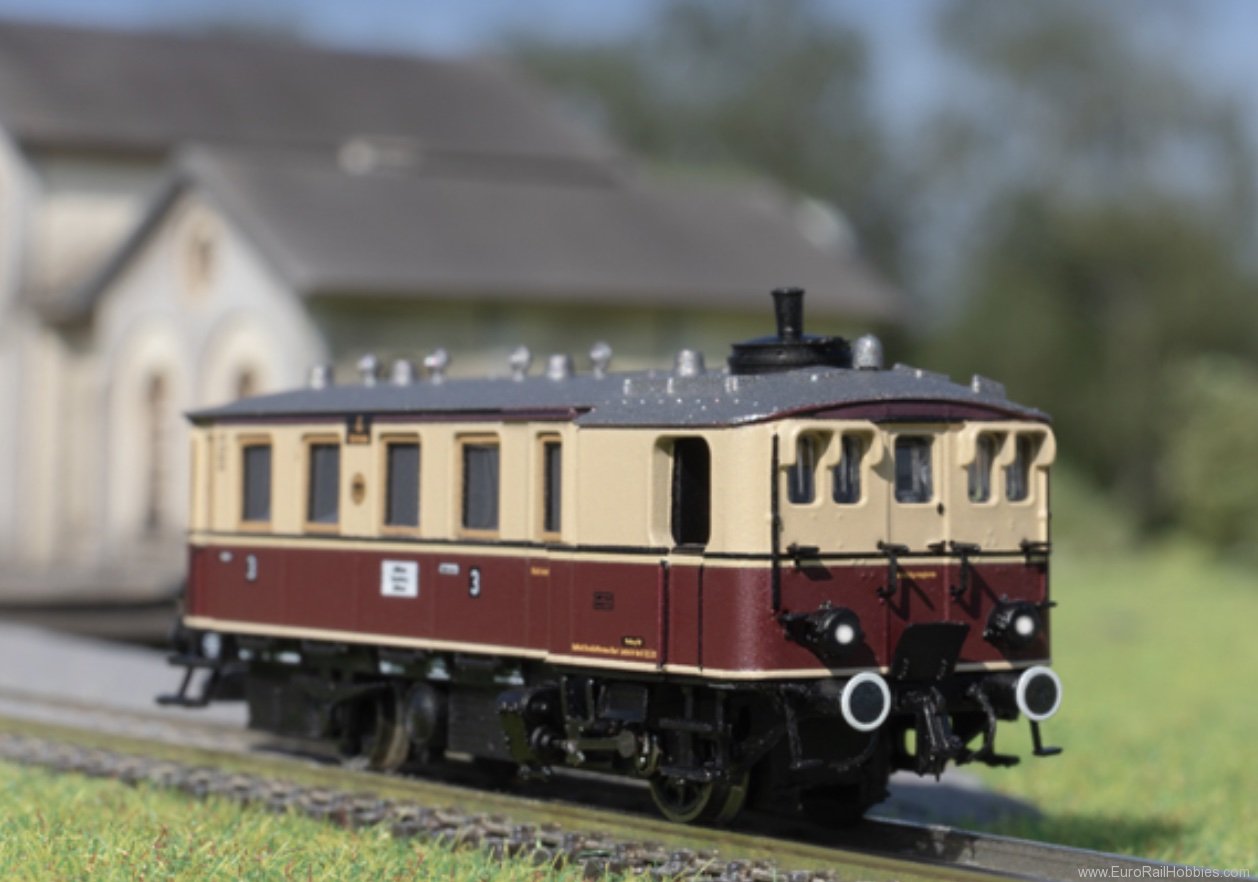 This is the class Kittel CidT steam-powered rail car in a red/cream paint scheme. The car has a motor with a bell-shaped armature and is finely detailed. The frame is constructed of metal. The powered rail car has many separately applied parts. The powered rail car has larger buffer plates and a warning stripe on the buffer plates. The rear of the car has a Z Gauge system coupler. The buffer beam is prototypically modelled on the front of the car. The car has dual headlights with warm white LEDs that change over with the direction of travel. Both axles are powered.
Length over the buffers approximately 51 mm / 2".