Advanced Search Options:
< Go Back
< Previous
Product 1 of 81
Next > 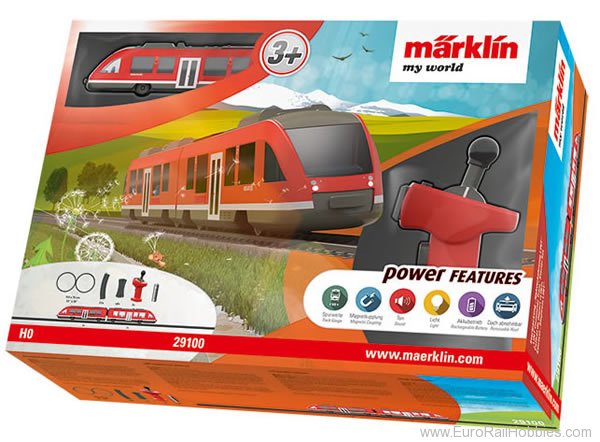 Model: The train has a battery powered drive and magnet couplers between the individual cars. The motor, rechargeable battery, and the electronics are built into the motorized train part and are not accessible to children. The train can be recharged with the recharging cable included with the train. The second part of the train has a removable roof and interior, thus allowing all kinds of play possibilities. The train has 3 speed levels in both forward and reverse direction of travel, 3 sound functions, and dual headlights. These functions can be controlled with the infrared controller that is designed for use by children. Train length 32.6 cm / 12-7/8". Contents: 22 sections of plastic curved track, 1 crossing, and an easy-to-use, wireless infrared controller with a control lever. One recharging cable and 2 each AAA batteries included. The train can be operated with 2 different frequencies (G/H), thus allowing you to add a second battery train. This set can be expanded with the 23300 plastic track extension set.