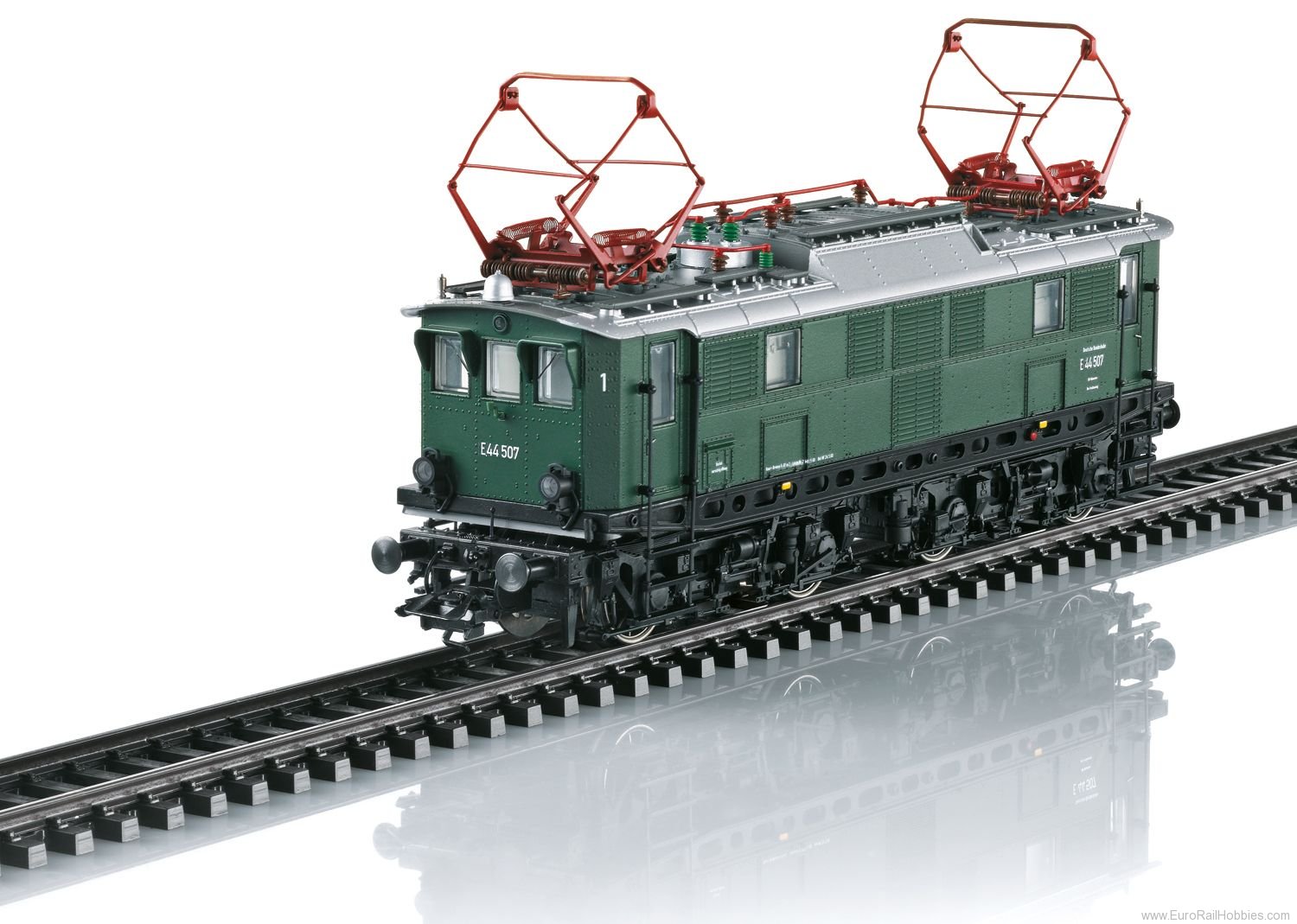 Prototype: German Federal Railroad (DB) class E 44.5 electric passenger locomotive. Used mainly on the rail line between Freilassing and Berchtesgaden. Bottle green basic paint scheme. Version from the 2nd production series, with prototypical openings on the side sills. Locomotive road number E 44 507. The locomotive looks as it did around 1960.

Model: The locomotive has a digital decoder and extensive sound functions. It also has controlled high-efficiency propulsion with a flywheel, centrally mounted. 2 axles driven in each truck with cardan shafts. Traction tires. Triple headlights and dual red marker lights change over with the direction of travel, will work in conventional operation, and can be controlled digitally. The headlights at Locomotive End 2 and 1 can be turned off respectively and separately in digital operation. When the headlights are off at both ends of the locomotive, then the "Double A Light" function is on at both ends. The cab lighting can be controlled separately in digital operation. Maintenance-free warm white and red LEDs are using for the lighting. Both double-arm pantographs can be raised and lowered as a digital function. The locomotive has separately applied grab irons. The cabs have interior details. The engine room has interior details in relief. Brake hoses, coupler hooks, and heating lines, which can be mounted on the locomotive, are included separately. Length over the buffers 16.4 cm / 6-1/2"