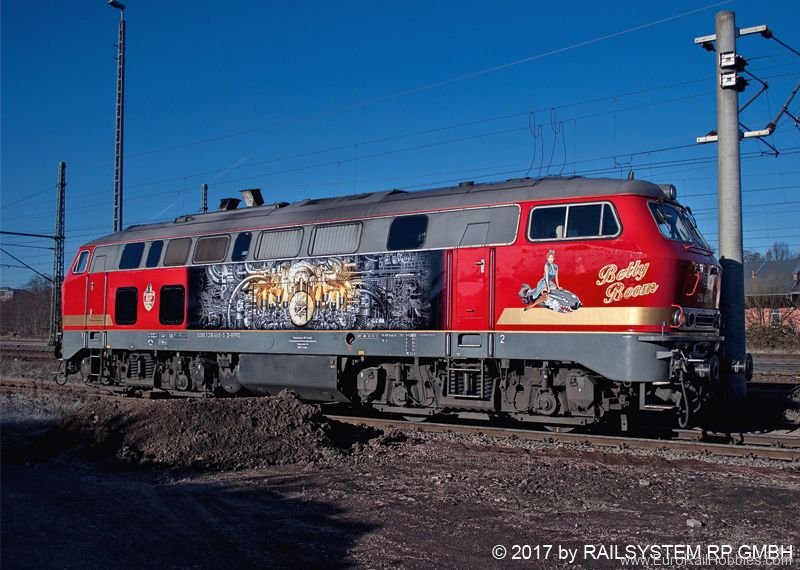 The locomotive is a tooling variation with a new roof version to represent the fourth production series. The locomotive has a built-in digital decoder and sound generator for operation with DCC, Selectrix, and Selectrix 2. The motor has a flywheel. 4 axles powered. Traction tires. The headlights and marker lights change over with the direction of travel. Warm white LED''s are used for the lighting. The headlights, marker lights, and cab lights can be controlled digitally. The locomotive has a close coupler mechanism. It also has separately applied grab irons. All of the functions can also be controlled in the SX2 digital format. Length over the buffers 102 mm / 4".

Delivery is planned for June of 2018.