Advanced Search Options:
< Go Back
< Previous
Product 1 of 43
Next > 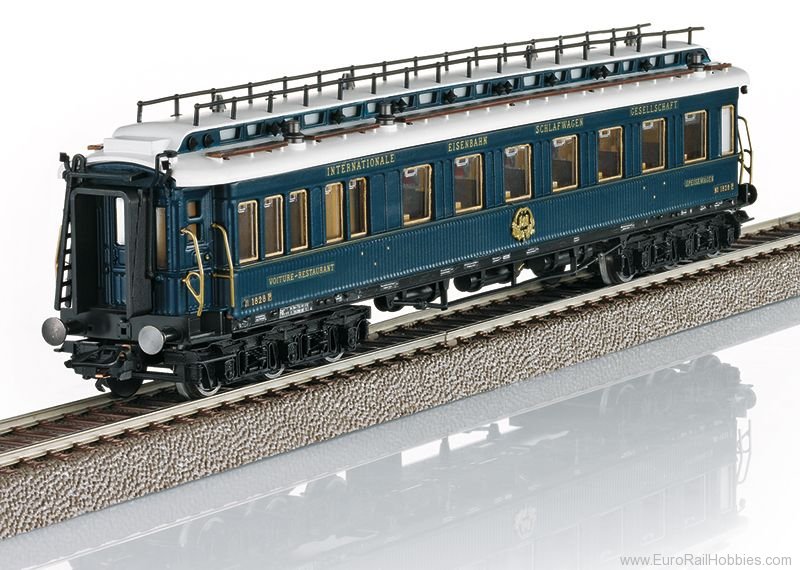 The models are finely constructed with many separately applied details. The interiors are done in different colors. The cars have different car numbers. One baggage car has a factory-installed digital decoder, for controlling light and sound functions as well as red marker lights. Retracted diaphragms with walkover plates folded up are included for end cars in the set. Only a close coupler in a standard coupler pocket is installed at each of these ends of the end cars. The doors on the baggage cars can be opened. All of the cars have factory-installed LED interior lighting and factory-installed current-conducting close couplers that can be uncoupled. Table lamps in the dining car are lighted and together with the interior lighting and the red marker lights will work in conventional operation and can be controlled digitally. The current-conducting close couplers can be replaced by current-conducting fixed drawbars included in the set. There are electrical pickups for current pickup on a baggage car. Total length over the buffers 117.5 cm / 46-1/4".