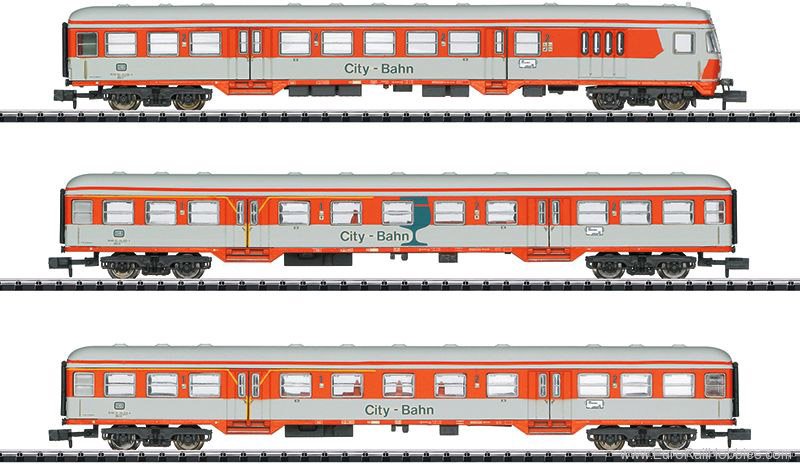 The cars have close coupler mechanisms. Interior lighting can be installed in the cars (cab control car excluded). The cab control car has automatic white headlights and red marker lights that change over with the direction of travel and will work in analog and digital operation. In digital operation, they can be controlled with the built-in DCC/SX function decoder. Total length over the buffers 495 mm / 19-1/2".