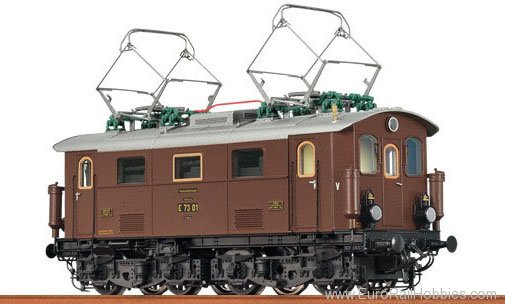 The two Bavarian EG 4 X 1/1 still existed after the First World War and had been taken over by the Deutsche Reichsbahn district management of Bavaria. After 1923 the complex designation was replaced by a simple EG 1 and after 1926 they were then allocated the E 73 series for the DRG. Both locomotives were always based in Freilassing, in addition to their regular route they were also used for shunting purposes in Salzburg. At the DRG they were obviously very satisfied as well, as the locomotives were only removed from service in 1937 and 1941. One of the two locomotives was converted to a snowplough and it remained in service for many, many years.