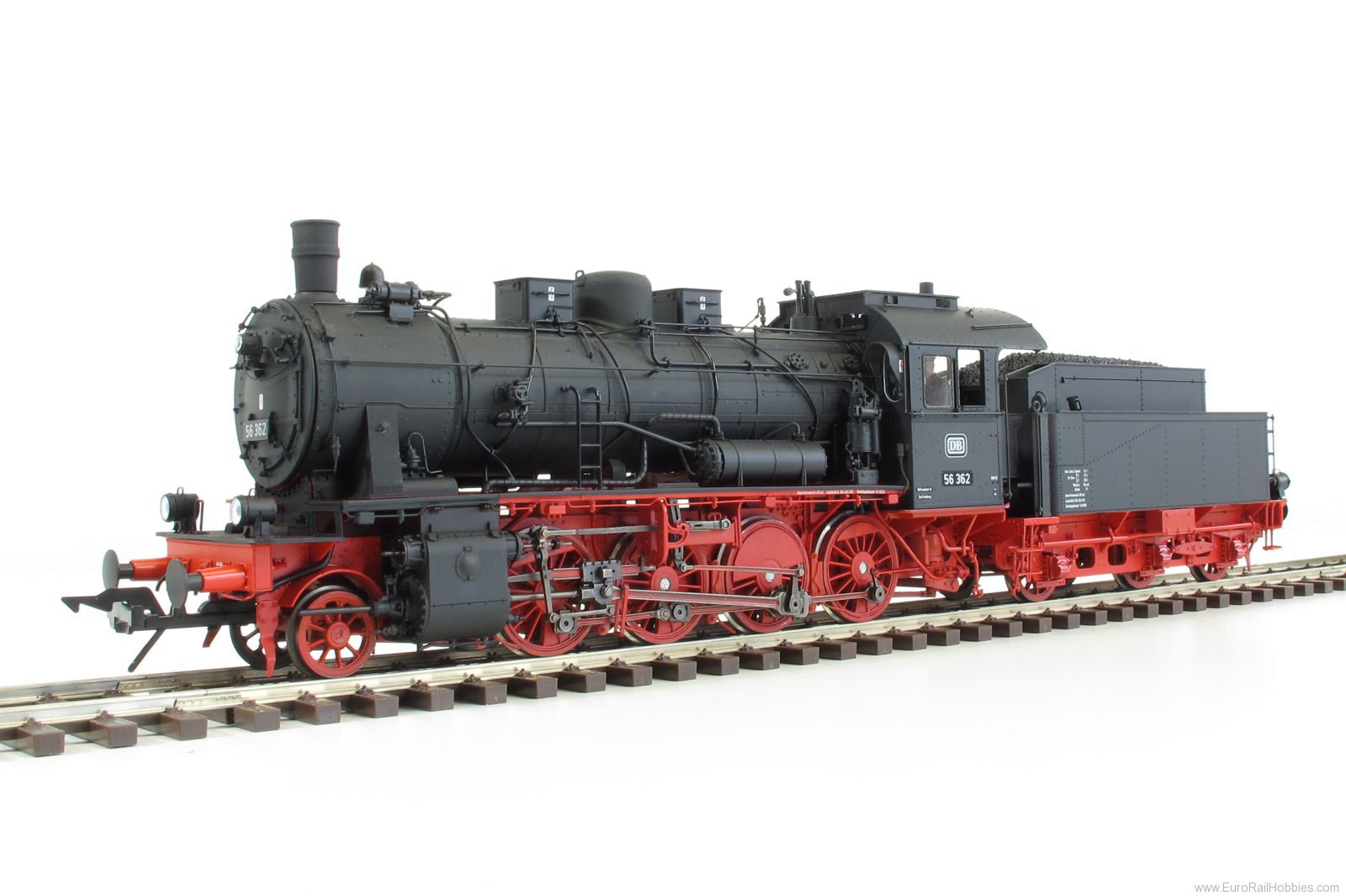 BR 55 and BR 56 appear as DB and DR variants, two models each with different car numbers. The highlight: The double pack is available for a friendly 2,799 euros * (compared to the sum of the individual prices 3,170 euros *). You can mix (almost) as you like: two DBs with the same or different numbers, or two DR locomotives with the same or different company numbers, or one DB with a DR together ... Anyone who has already pre-ordered a locomotive from the dealer he can of course still adjust his order accordingly.

Equipment of all Lenz gauge 0 locomotives and traction vehicles

All Lenz gauge 0 locomotives set standards in terms of equipment, functionality and authenticity, and have unique options:

In the 1930s, the Deutsche Reichsbahn converted almost 700 locomotives from the 55 series (formerly the Prussian G 8.1) to the 56.2 series: the four-axle BR 55 received a Bissel axle at the front, which ensured greater smoothness and speed and enabled them to be used in front of passenger trains. Thanks to the lower axle load, it could now also be used on secondary routes. A little more than 400 locomotives were still in stock after the Second World War, most of which the Deutsche Bundesbahn took over. The reliable machines were taken out of service in the late 1960s

This locomotive model also impresses with its extensive equipment and - like all Lenz locomotives - with its detailed representation true to the original. In addition to the standard equipment :

The speed of the motor is determined by a magnetic angle sensor mounted on the motor axis
The automatic Lenz coupling, which can be operated remotely in digital operation, is located on both sides of the locomotive

Alternatively, the original coupling hook (accessory) can be used

The locomotive has constantly bright headlights at the front and rear, the lamps are equipped with maintenance-free LEDs, and the light changes depending on the direction of travel

In digital mode, the front and rear headlights can be switched on and off separately, and the brightness can be set separately from other lights

The shunting process reduces the speed of the locomotive by about half, so shunting movements can be carried out with particular sensitivity; Maneuvering light means that both the front and rear (white) lamps are switched on regardless of the direction of travel