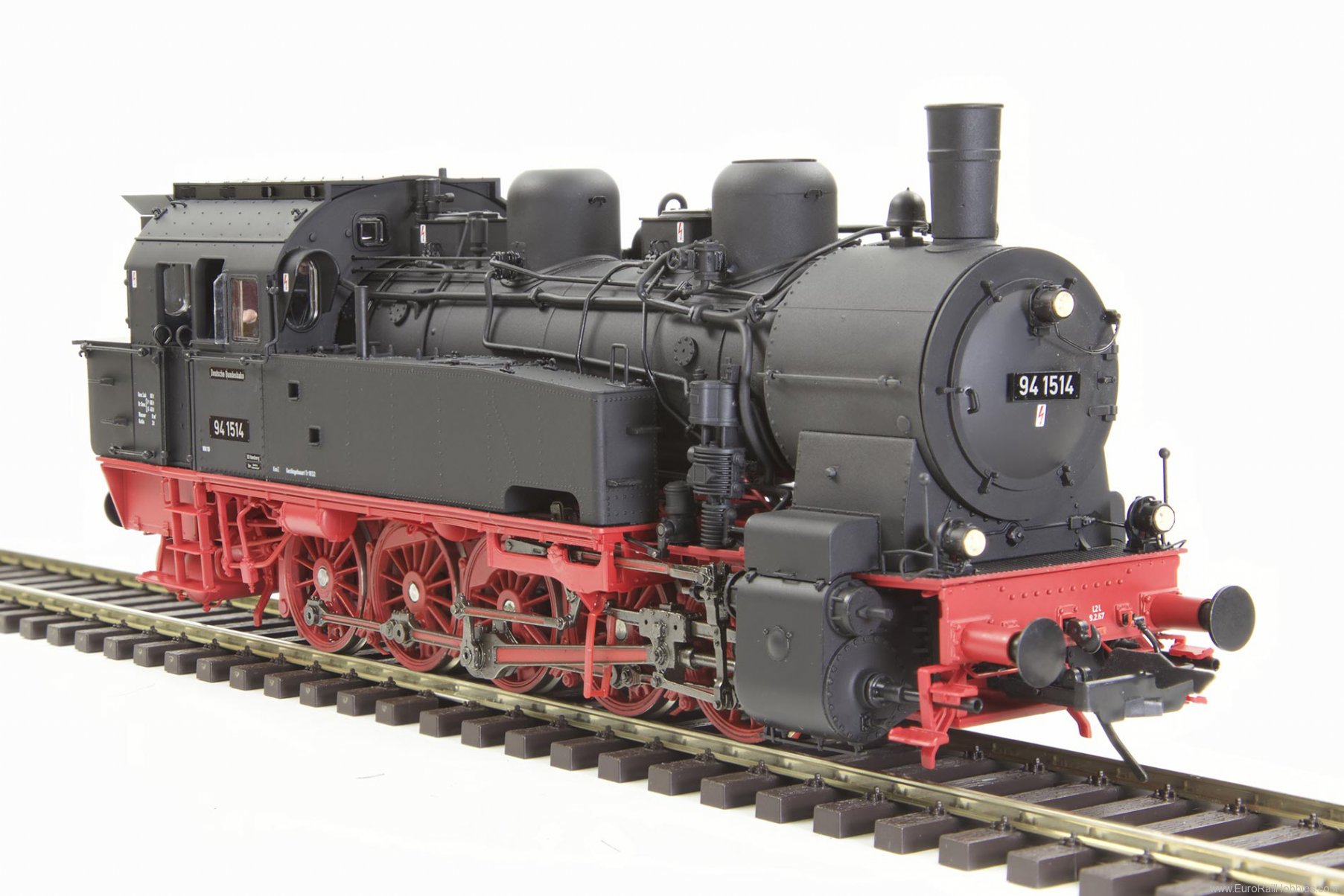 The tank locomotive BR 94.5 (pr T 16.1) with its around 1,070 hp was one of the most powerful shunting and shifting locomotives of the DRG, which could carry up to 1,800 tons on the level, and up to 280 tons on gradients of 25 ‰. Thanks to the low axle load, it could also be used on routes with a lighter superstructure. The 85-ton Prussian five-coupler drove forwards and backwards at first 40 km / h (94.2 / T 16), then later (like our 94.5 / T 16.1) with a reinforced frame 60 km / h. The area of ​​application was the heavy shunting and shunting service as well as the transport of freight and passenger trains on steep routes; for this purpose, the locomotives were equipped with the Riggenbach counter-pressure brake.

This locomotive model also impresses with its extensive equipment and - like all Lenz locomotives - with its detailed representation true to the original.