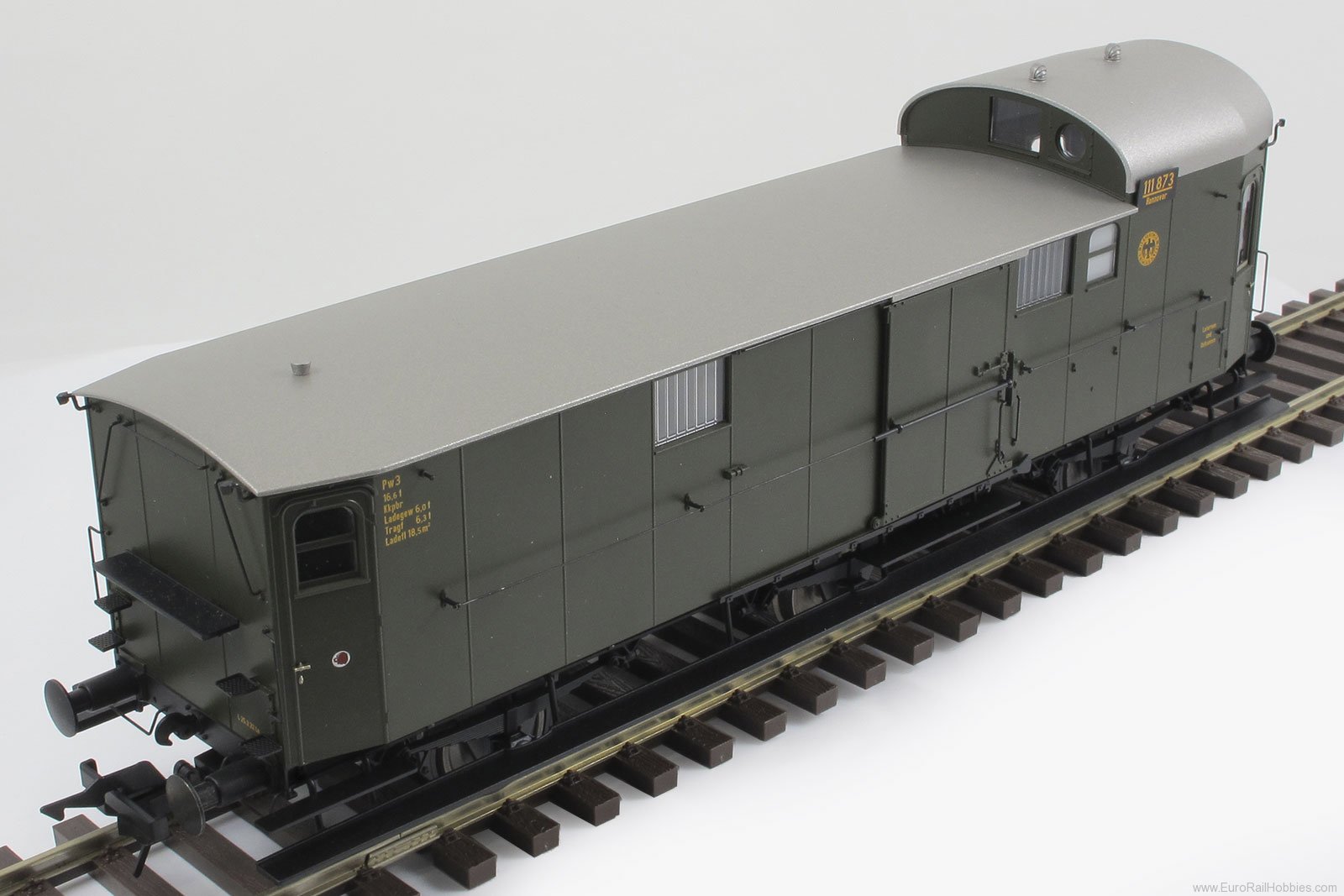 our price
$314.92 USD
Temporarily out of stock
(Available to order ) 
add to cart

Prussian compartment cars - the model were the cars exclusively two-axle, so were built from about 1880 and three-axle, the u.a. characterized by a smoother running. After the nationalization of the railways in Prussia, the so-called Normalien, rules for the construction of rail vehicles, which also concerned cars. The three-axle compartment cars are built to these standards and were mainly intended for use in passenger trains. In the first models, wood was still the predominant material. At the beginning of the 20th century, steel was adopted. At the same time, the pe

Prussian compartment coaches - the models are produced in different versions: two 1st and 2nd class wagons (B3 and C3) with different running numbers and with and without brakeman's cab and matching the luggage wagon Pw3 Pr 11. All models in DB- and DR Version and for the friends of epoch 2 as a DRG variant In addition to the Lenz-typical standard equipment, the cars impress with their excellent detailing and perfect printing.

Standard equipment: The Lenz Gauge 0 "Prussia" are as true to the original as possible and include: Metallradsätze constant, flicker-free interior lighting, switchable in digital mode Current draw in the axle bearings, therefore no influence on the running properties Flange height less than 1.2 mm interior automatic clutch with close coupling link Coupler pocket Federpuffer can be retrofitted with original screw coupling "Complete model", no add-on parts have to be installed!