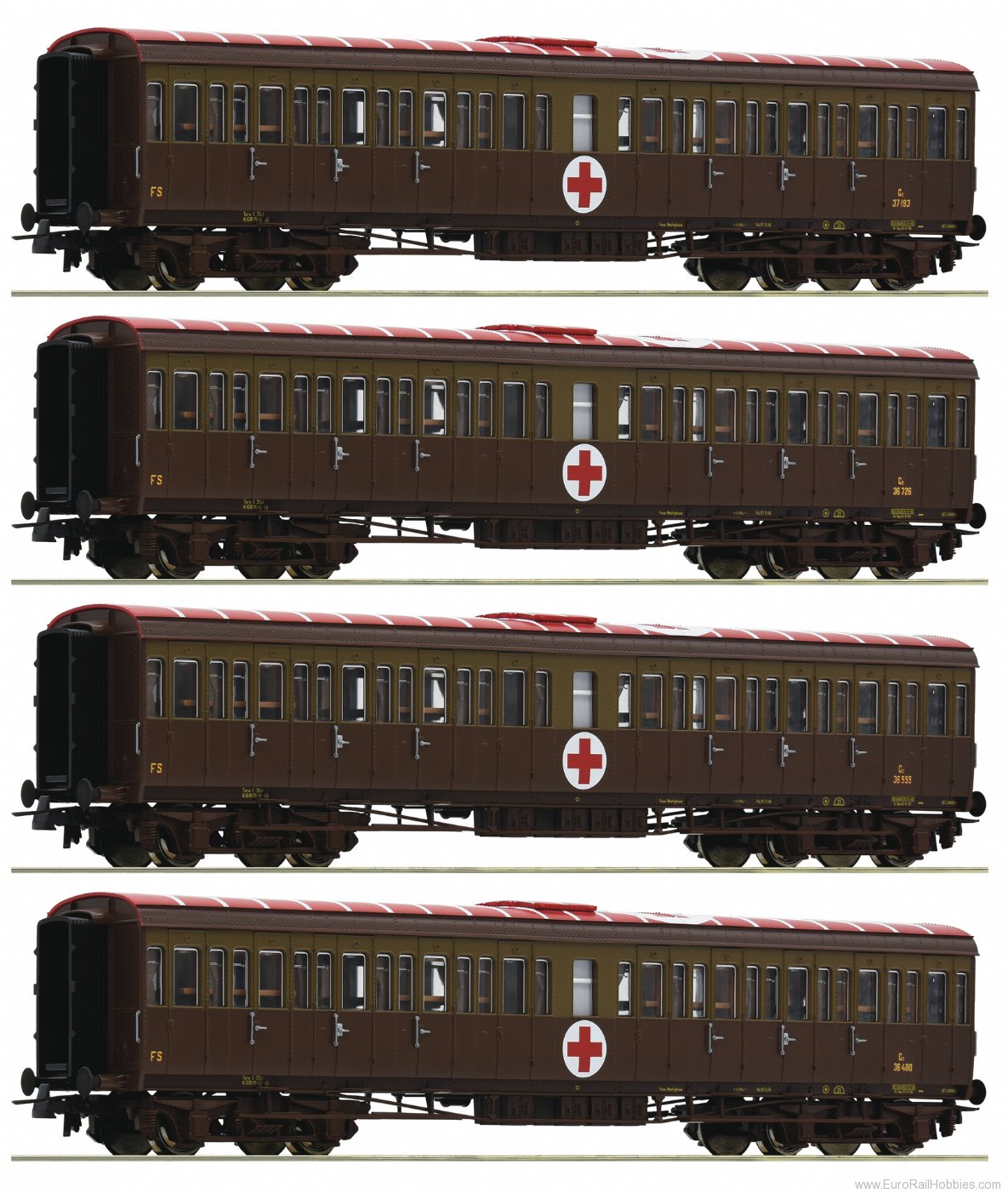 our price
$207.83 USD
Temporarily out of stock
(Available to order /pre-order) 
add to cart

Set of four Centoporte wagons class 36000 for the Hospital train of the Italian State Railways.

■ Elaborate printing on the model. The model features symbols of the Red Cross.
■ The wagons perfectly match the steam locomotive Gruppo 736 (Items 73044 and 73045).

During the Second World War, the Italian military hospital trains were deployed on all fronts. They were used to transport wounded soldiers from the army's medical posts to the field hospitals of the various army groups in the homeland. The trains were mainly made up of Centoporte carriages which were easily recognisable due to a red cross on a white background (as a sign of protection). From 1944 they were towed by the steam locomotives of the USATC (United States Army Transportation Corps) class S 160, later known as Gruppo 736.