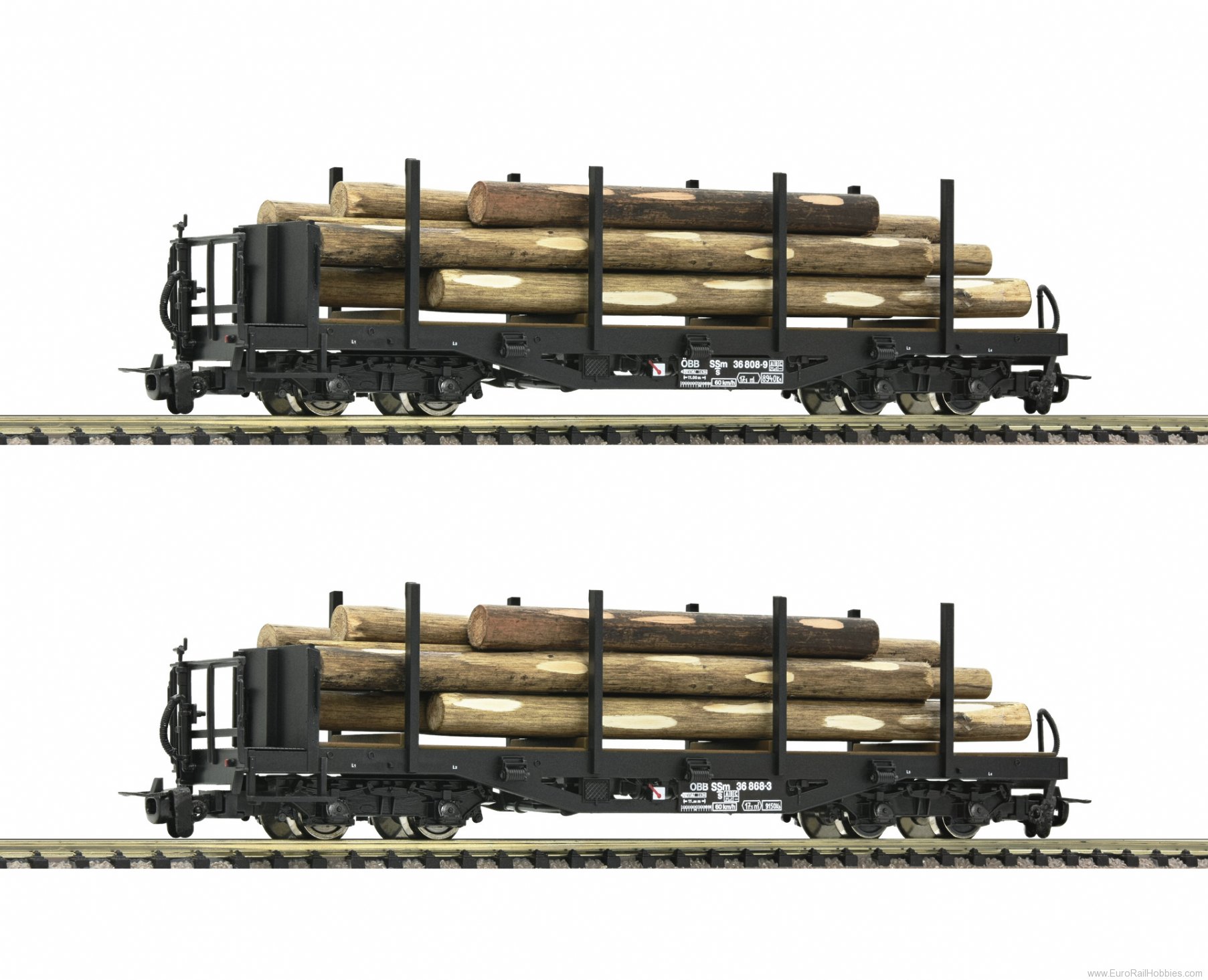 our price
$70.04 USD
Temporarily out of stock
(Available to order /pre-order) 
add to cart

The set contains two 4-axle narrow gauge stake wagons type SSm/s of the Austrian Federal Railways. Mold variant ! * The model carries logs. * The wagon has a true to original underbody and new stakes. * The floor of the brakeman's platform is made from checker plate aluminium * The locomotive frame is equipped with winches. * A partition separates the brakeman's platform from the loading bed * Etched labelling plates mounted on the frame. The wagon factory Busch in Bautzen delivered from 1942 narrow-gauge goods wagons to the German Reichsbahn. As the wagons remaining in Austria after the Second World War were mainly used for timber transport, they received various modifications. At the ÖBB these converted wagons were designated SSm / s. Some of these wagons were equipped with robust sheet metal end walls and firmly welded stanchions.