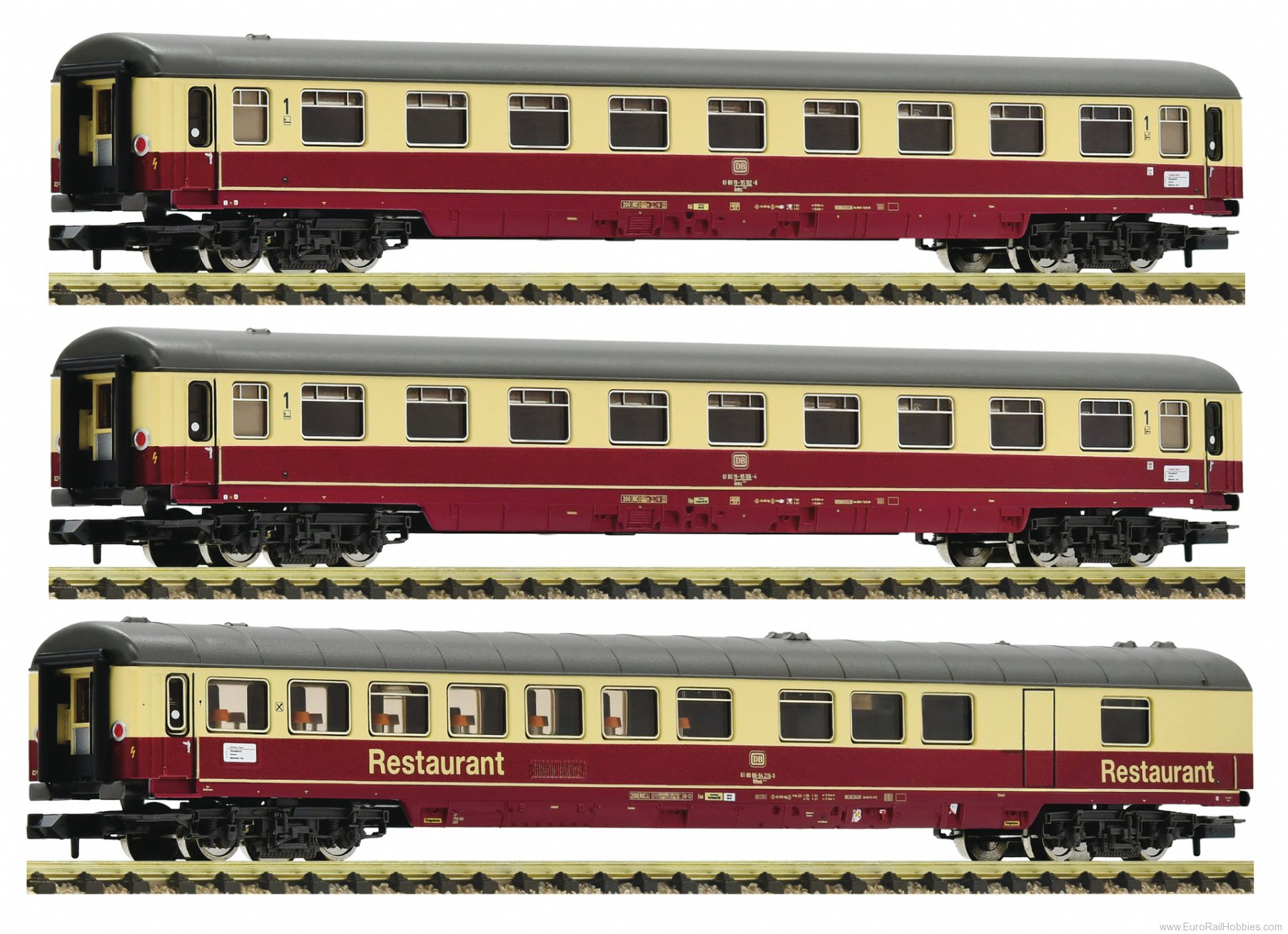 Set of two 1st class compartment cars and one dining car for the Auto-train "Christophorus" of the Deutsche Bundesbahn.

From 1969, the Deutsche Bundesbahn established the D 1410/1411 as a fast daily connection between Duesseldorf/Cologne and Munich. For the first time, DB was thus attempting to attract standard and business travel to the railways all year round with tariffs that were particularly favourable compared to the price of tourist tickets. The travel time totalled less than seven hours. To enable the train to reach speeds of up to 160 km/h, 20 DDm 915 wagons were equipped with magnetic rail brakes. From 1971, the electric locomotive series 103 was used as the engine, but other series, for example the BR 111, were also used as the traction unit. The “Christoforus-Express” initially ran six times a week, and then daily from the summer of 1970. The D 1484/1485 “Auto-Traum-Express” from Hamburg-Altona to Munich East, introduced as an overnight connection, expanded the range of offers provided. These trains became the supporting pillar of motorail train traffic in the 1970s.