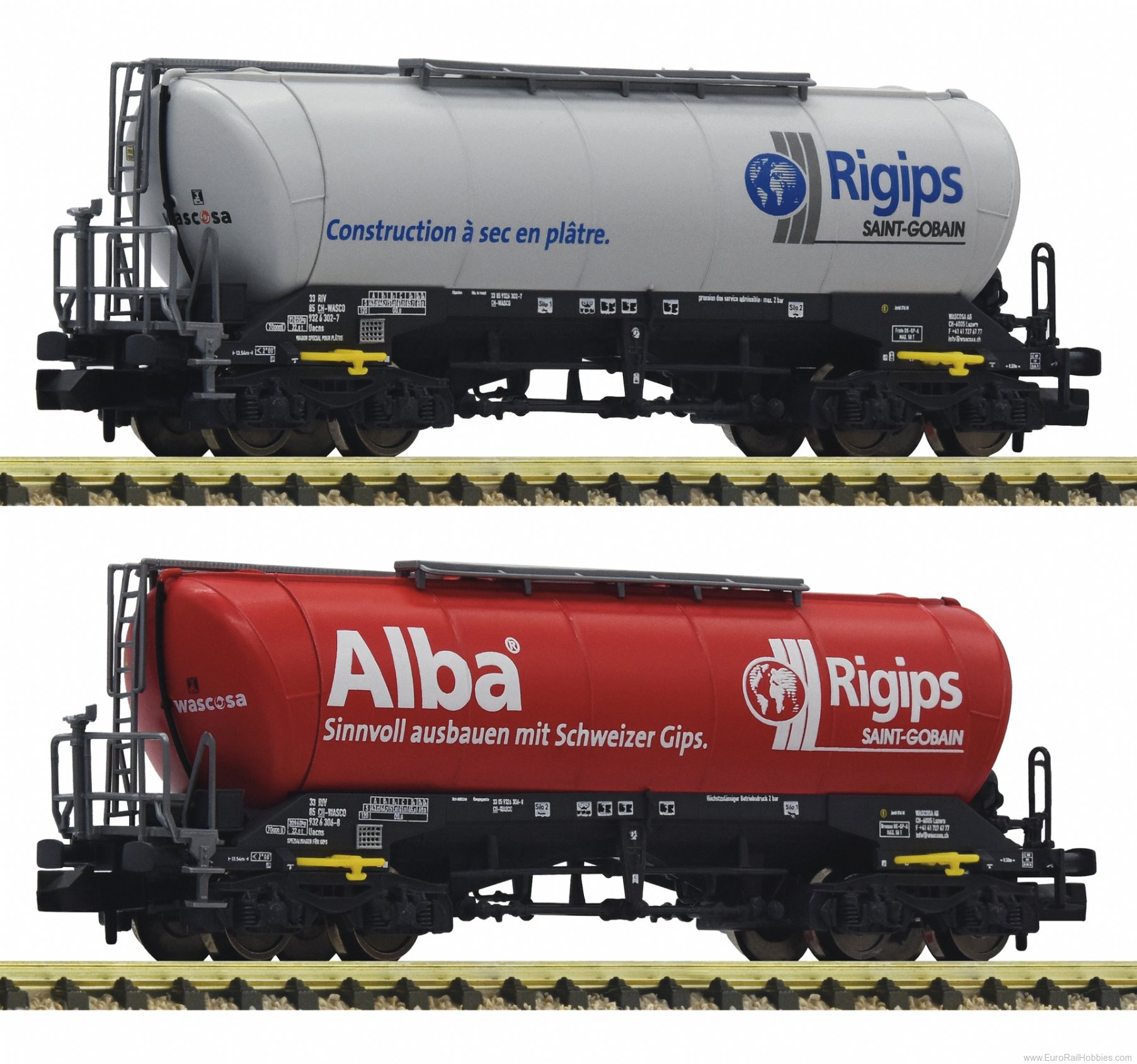 2-piece set silo wagons type Uacns 932 of the Swiss company Rigips/Wascosa.
■ The silo wagons feature many separately applied plug-in parts that are partially perforated
■ Perfectly combinable with block trains For decades silo wagons and pocket wagons which transport truck trailers are a familiar sight on the rails of Europe. Today, silo wagons are also used from various private companies and customers. In the years between 2005 and 2013, the Swiss company Josef Meyer from Rheinfelden built several silo wagons of the series Uacns 932. Most of these wagons are used in blocktrains. The big advantage of this wagon is, that the loading and unloading of goods is very easy. The wagons often leave directly from the producer's factory to bring the goods to various destinations. The Uacns932 differs in design in small details depending on the customers specific requests. Some variants have ladders and gangways, others do not. Altogether, the four-axle tank wagons cover around 70.000 liters and have a load limit of 70 tonnes. They can reach a top speed of 120 km / h.
General data
- Coupling - NEM shaft 355 with close coupling mechanism