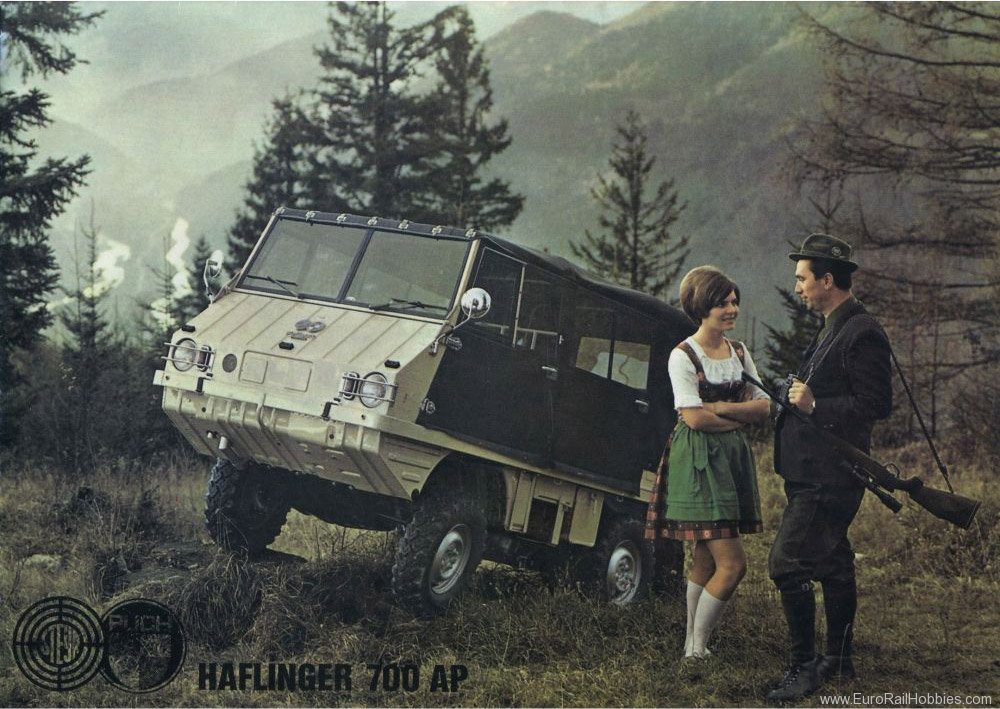 In 1956, the Austrian Armed Forces decided to purchase a small all-terrain vehicle, which was intended to be particularly suitable for use in moderately-heavy terrain and in mediumsize mountain regions. Furthermore, the vehicle should have a payload of at least 500 kilograms and as low a dead weight as possible. Under the technical direction of chief engineer Dr Erich Ledwinka, Steyr-Puch in Graz began to develop this offroad vehicle, which later became famous as the 'Haflinger'. During the production period of the 'Haflinger', from 1959 to 1974, a total of 16,647 units of this ultra off-road allrounder were produced at the Steyr-Puch plant in Graz. It's remarkable that more than 13,000 Haflinger were delivered to exactly 110 different countries around the world. Schuco now presents this classic of vehicle history for the first time as a high-quality metal model in a scale of 1:18.